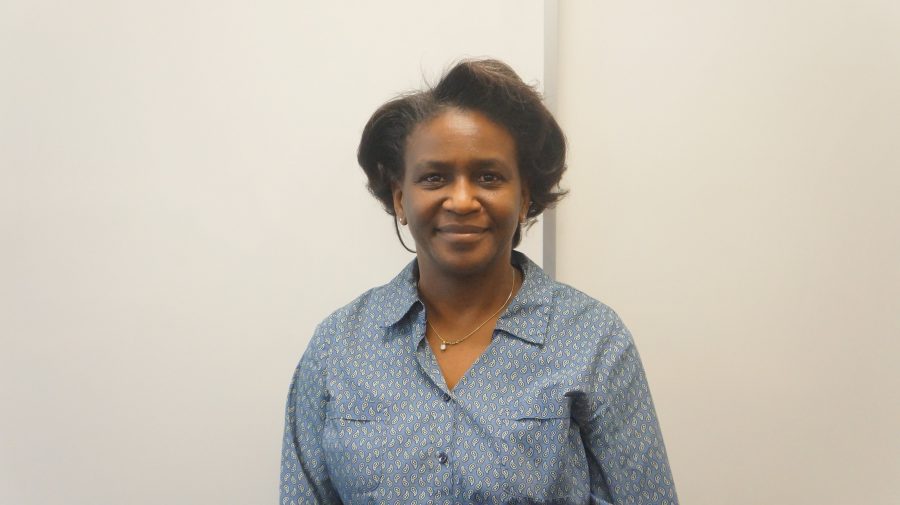 Karen Henry, the new World and United States History teacher, is excited to be roaming the high school halls once again.

Henry, who wasn’t athletic, considered herself a nerd in high school as she was often the tutor in her friend group.

After forgoing her past dream of becoming a doctor, Henry returned to her high school roots and found her love for teaching.

Graduating from University of California Santa Barbara with a double major in English and Spanish, Henry began her career as a fourth and fifth grade teacher in Alviso, Calif. Sixteen years later, she moved to Santa Clara to teach sixth grade history and English at Don Callejon Middle School. After teaching at other schools, Henry decided to settle at SCHS.

Even though Henry has taught many different levels of education, she tells all of her students the same message: “Having options in your life is what makes life fun and enjoyable.”

As a history teacher, Henry is passionate about politics and social justice. She uses her knowledge and love for politics to educate her students about past political issues in addition to current political topics, such as the election, tying everything together  so her students better comprehend the information.

A couple topics Henry feels strongly about are  terrorism and gun violence.

“If I had one wish, I would wish for an end to terrorism and gun violence in the world because it is ripping people’s lives apart,” Henry said.

Terrorism and violence are topics heavily debated in this year’s elections. Henry brings up these issues in the classroom to spark discussions with her students as she  is working hard to educate the future generations of voters at SCHS.

“This year’s election is going to change the way America thinks,” Henry said.