SCHS football team starts their season with a victory against Prospect 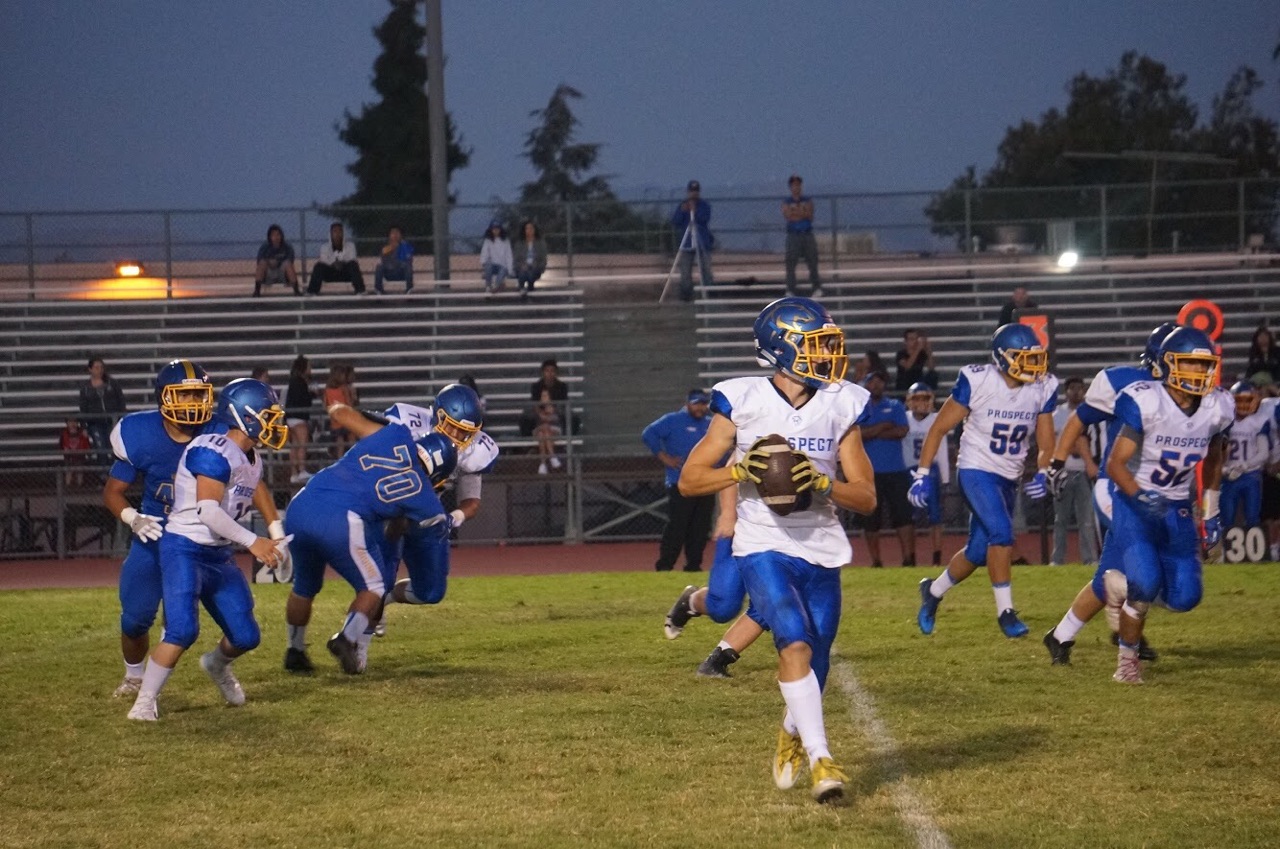 The Bruins football team’s season opener ended with a 62-7 win against the Prospect Panthers yesterday.

Two touchdowns by wide receiver and junior Richard Corona in the first quarter started off a long scoring streak for the Bruins, with the first and second quarters ending without any points scored for the Panthers.

Quarterback and senior Chris Brown threw three touchdown passes to wide receivers Corona and Geary Brown, extending their lead by the end of the third quarter, 55-0. The Bruins were able to shutout the Panthers until the last two minutes of the fourth quarter when defensive errors led to a Prospect touchdown.

With a final score of 62-7, the Bruins are looking forward to a successful season, though they don’t want to get ahead of themselves. They’re a “younger team,” according to Brown, which means that building teamwork is essential to future success.

“The collaboration is not quite there yet,” Brown said. “But I think throughout the season it’ll build up.”

Though the Bruins kept up a large lead throughout the game, coach Hank Roberts believes there are still areas that the team can improve in.

“The end of the second quarter was absolutely terrible [in terms of our discipline],” Roberts said. “Our discipline definitely needs to get better.”

The Bruins’ main focus this year is to take this season one step at a time.

“We’re focusing on the next game. One game at a time,” Brown said.