OPINION: Net Neutrality must be protected 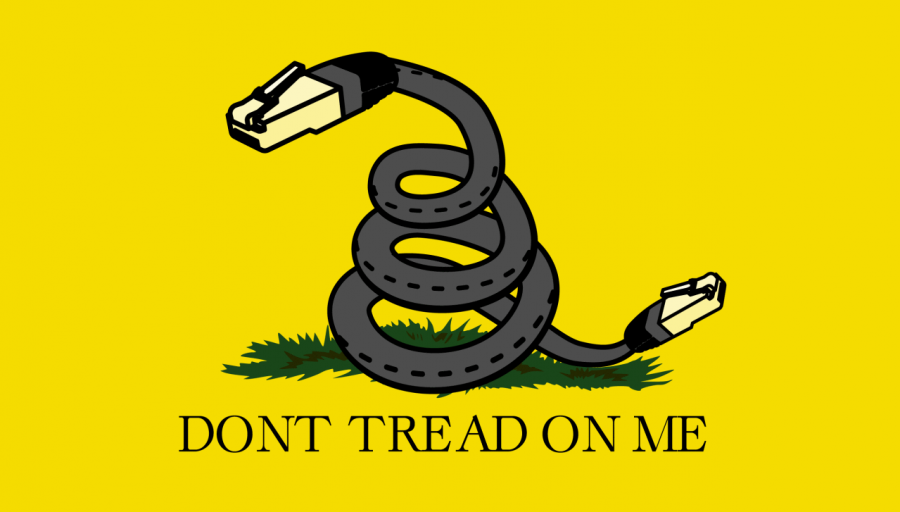 If Net Neutrality is repealed, ISPs will be allowed to discriminate based on user, platform, website, and more.

The Federal Communications Commission is preparing to repeal net neutrality which, if passed, will allow internet service providers, such as Verizon and Comcast, to dictate a person’s internet access by restricting certain content and adding additional fees.

Former Verizon lawyer Ajit Pai was appointed as chairman of the FCC earlier this year and has vowed to undo net neutrality rules and consumer protection regulations put in place by his predecessor, Tom Wheeler.

According to Ars Technica, a technology news and information website, Pai has promised “to remove outdated and unnecessary regulations” imposed on an ISP (internet service provider).

The net neutrality rules, created during the Obama administration, state that a company is not allowed to slow down, block or charge more based on specific internet content. Effectively, the current net neutrality rules are essential to maintaining a non-censored internet for everybody.

To put this situation into context, many Americans are familiar with an electric bill – a person pays for how much energy they use not what they use it for. Whether it’s lights that are left on too long or a dryer tumbling an overload of clothes, a certain amount of power will cost a certain amount of money regardless of the use.

Net neutrality upholds the same principle with the internet. However, because of the current 3-to-2 vote along party lines in the FCC, there is a possibility that net neutrality will be abolished on Dec. 14.

Simply put, the gutting of the net neutrality rules would only benefit large companies while limiting the content that consumers would be able to access.

This is not a simple price increase or an added tax – people are having both freedom and an absolute necessity taken away from them.

Today, the internet is used for nearly everything and the privilege of access is taken for granted by many, which could be taken away by the repeal of net neutrality.

In short, internet favorites, such as YouTube or Spotify, could require an additional fee to access their services or certain content, and users may deal with deliberate delays. At some point, everybody has become frustrated with lag or something not loading. Without net neutrality, a website may be intentionally slowed down by an ISP.

Despite immense backlash from many online communities (including Twitter and Reddit) in the form of emails, letters and phone calls, there is little evidence that the FCC will change its vote to repeal net neutrality.

Consequently, this shows that the three votes against net neutrality are absolutely against the popular opinion of the United States and the wishes of its people.

According to Gravwell, a data analysis company, of over 22 million comments submitted to the FCC website, it was found that only around four million were unique (or submitted by a person). Of the 18 million left, almost all of them were bots which were – curiously enough – against net neutrality.

“Using our (admittedly) simple classification, over 95 percent of the organic comments are in favor of Title II regulation [net neutrality],” Founder of Gravwell Corey Thuen said.

With only five percent of the population and ISP lobbyists being listened to, it’s hard to say whether or not net neutrality will stay around. Regardless, there are multiple steps that can be taken to join the cause and help prevent the loss of internet freedom to telecom companies.

Websites such as Battle for the Net urge consumers to email the FCC or Congress. According to their website, there has already been over 700,000 calls towards either two agencies. Coinciding with this, there will also be a nationwide protest at Verizon retail stores across America on Dec. 7.

On July 12 of this year, there was already a protest by hundreds of large companies (such as Netflix and Discord) for net neutrality in which prominent banners were hung across websites.

While the road ahead looks tough, net neutrality is something that the internet, as we know it, needs to survive for without it, a free internet can’t exist.