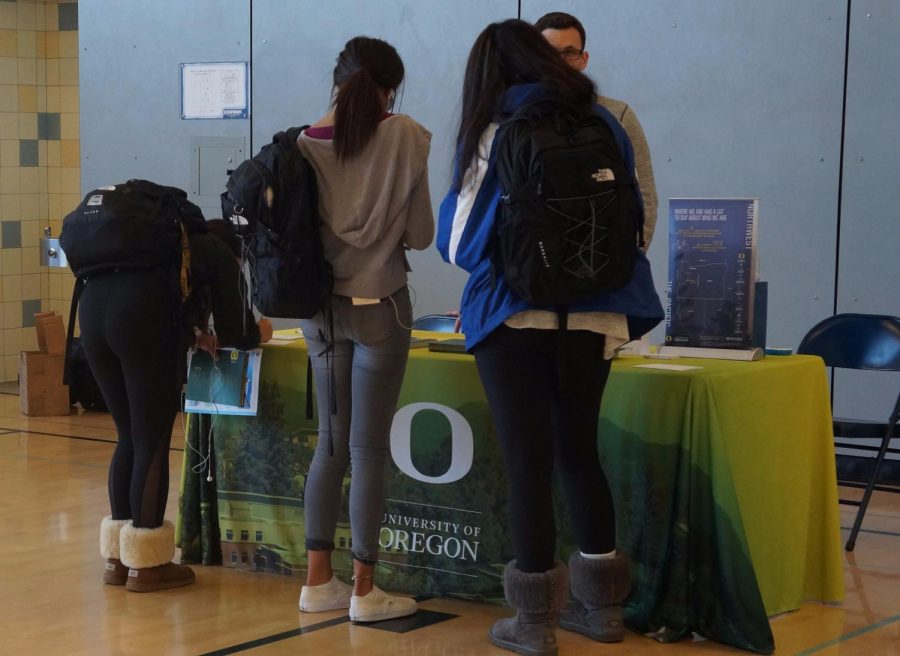 Almost 20 out-of-state colleges were represented on Thursday in SCHS’s second annual Out-of-State college fair. The fair was put on by the Regional Admissions Counselors of California (RACC), which puts on various college fairs and presentations to highlight the benefits of faraway colleges.

Jasmine Bryan, a student recruiter for the University of New Mexico, emphasized the importance of students considering an out-of-state college.

“95 percent of colleges are out-of-state, which means that if students only look at [colleges in California], they are limiting one of the most important decisions of their lives to five percent of their options,” Bryan said. “When students think out-of-state they tend to think expensive, but there are many scholarships and grants available, so that isn’t always true.”

“Some out-of-state colleges offer special courses that are not offered in other places,” Castro said. “Academics aside, out-of-state students have the opportunity to experience new places and meet new people.”

Angela Garvie, an educational consultant for the University of Northern British Columbia, believes that deciding on a college is a personal experience.

“My job is just to help students make a decision that they will be happy with,” she said.