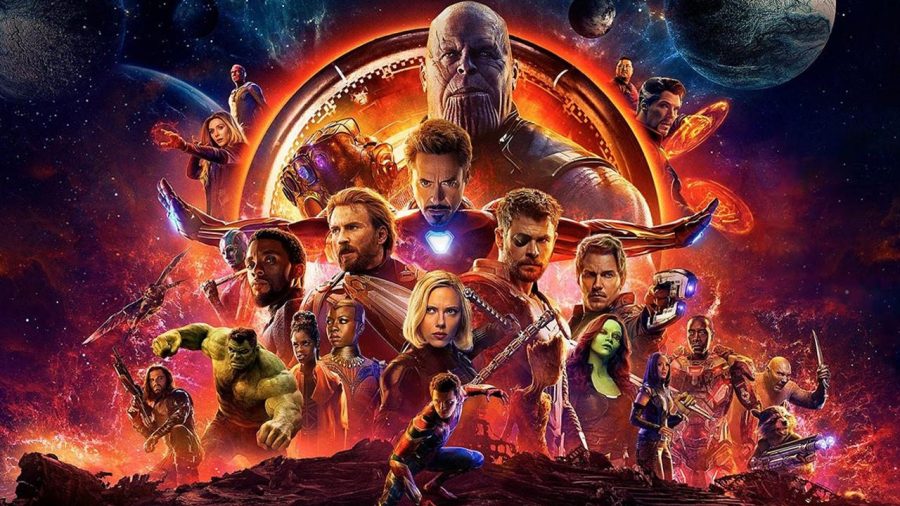 "Infinity War" brings the appearance of many Marvel characters.

The last note played, and the screen went black. A wave of “What!?” and “They can’t end it like that!” rolled throughout the theater.

“Avengers: Infinity War,” released yesterday, was an emotional roller coaster. With plot twist after plot twist, the film is sure to excite.

The third film of the Avengers, “Infinity War” is the culmination of the Marvel universe’s past events. Each Avenger has had movies and comics before, and the events in their movies reference the infinity stones. The release of “Black Panther” in February 2018 marked the last of the individual Marvel movies leading up to “Infinity War.”

Characters from “Guardians of the Galaxy” and “The Avengers” come together to defeat Thanos, an evil purple Titan. Thanos attempts to collect all six infinity stones. With each stone, he becomes more powerful and has a better chance of destroying humanity. The fate of the planet is in the hands of The Avengers and The Guardians of the Galaxy as they join forces to take down Thanos.

Intense and exciting, the war against the ever-powerful Thanos gives the film its name as the heroes wage a war for the Infinity Stones.

A highly anticipated movie of Marvel fans, “Infinity War” is a tear-inducing, heart-pounding film. Viewers see their favorite characters interacting and fighting alongside each other. Plot holes from past movies are solved in this one.

Marvel is known for its extra scene after the end credits of the movie are shown. This film’s end credits introduced characters not shown throughout the film as well as one mind-boggling cliffhanger.

The storyline of the film will leave audiences questioning everything. The reintroduction of many characters, as well as the sudden and solemn deaths of others, had jaws dropping to the floor.

Not only was the plot amazing, intense and awe-striking, but the animation and screenplay were beautiful. The special effects of explosions, magic and powers bring a tremendously real feeling to the film.

The acting was just as emotion-evoking as the visuals and plotline. The characters from “Guardians of the Galaxy” and “The Avengers” interacting and fighting for the same goal made for humor, tears, and epic fight scenes.

From beginning to end, “Avengers: Infinity War” is sure to leave viewers speechless and on the edge of their seats.