REVIEW: ‘Venom’ blows audiences away with its horrifying humor 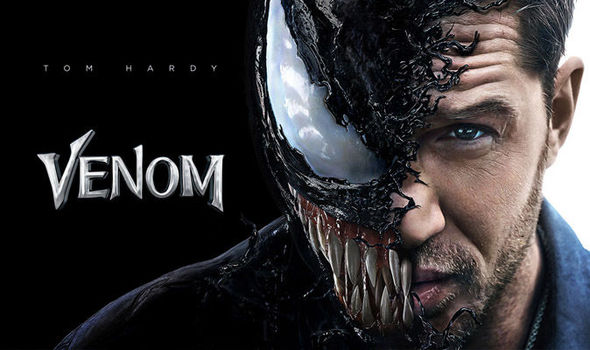 The thriller was met with great audience reviews.

Cries of laughter erupt from an auditorium in AMC Mercado 20, where a movie labeled “thriller” and “horror” is playing.

Last Friday, Sony and Columbia Pictures released “Venom,” a film about an alien villain of the Marvel Cinematic Universe (MCU). The film’s genre lies between superhero and horror as it attempts to showcase a terrifying alien as a hero.

Ex-journalist Eddie Brock (Tom Hardy) is trying to defeat evil scientist Carlton Drake (Riz Ahmed). While investigating one of Drake’s experiments, Brock’s body merges with a symbiote, Venom, who was brought to Earth by Drake’s team. Venom is part of the amorphous aliens in the MCU and his union with the human leaves Brock with superpowers and the voice of Venom inside his head. The film starts off slow, but after the human and symbio get together, the pace quickens.

Originally, Venom was one of Spider-Man’s main foes. In “Venom,” however, the audience sees the other side of the alien: he is funny, adorable and even relatable, not taking into the account that he has an appetite for biting off people’s heads.

While Venom is supposed to be a terrorizing villain, his conversations with Brock are far too hilarious and adorable to consider him one. The alien gives Brock multiple pieces of advice on how to get his ex-girlfriend back. It seems that the symbio understands what a human female wants better than human males. Since nobody except Brock can hear Venom, their conversations while around other people add a nice humorous kick to the plot.

In the end, Venom confesses that on his planet, he is a sore loser, but seeing how poor Brock deals with life makes him want to become better. This makes “Venom” a humorous yet deep thriller about how a villain loser might become a superhero.

Although “Venom” is a part of the MCU, one does not need to know or understand the film’s ties to other superheroes, as it is a self-contained film. The blockbuster movie industry was built on the idea that a film must have a hero and a villain with a great defeat of the villain in the grand finale. “Venom”  follows this strategy as there is a hero and a villain, but the voice inside the hero’s head urges him to kill people with his bare hands, making him an anti-hero. This concept makes the movie bold and fresh, giving the audience a mixed feeling about the main character’s actions.