REVIEW: ‘The Least of These’ is a major letdown, failing to commemorate the life of Graham Staines 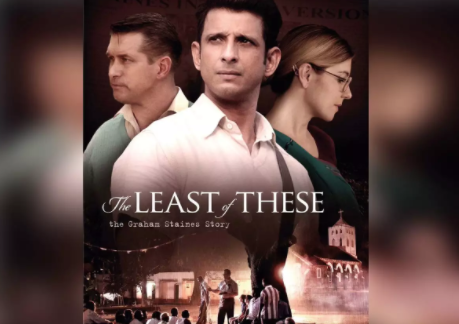 While “The Least of These,” released  Feb. 1, had the potential to be a unique film that sheds light on religious conflict in a foreign country, it fails to capture the life of its most important character.

Based on real events, “The Least of These” tells the story of Christian missionary Graham Staines (Stephen Baldwin) who, in 1999, became a martyr after being killed by radicals while assisting leprosy patients in India. The film also follows journalist Manav Banerjee (Sharman Joshi) who moves to the town of Orissa, India, lured by the promise of working for a newspaper. Prior to Staines’s death, Banerjee lands a job as a reporter and is tasked with investigating Staines’s potential involvement in a series of illegal religious conversions.

While “The Least of These” is supposed to celebrate the life of Graham Staines, Banerjee overshadows it. The film opens with shots of social upheaval in India and focuses on Banerjee’s journey toward Orissa in search of a better life with his pregnant wife. His desperation and resilience initially make Banerjee an easy character to identify with.

Banerjee, however, quickly becomes unlikable after fulfilling the role of an annoying journalist. He receives VIP access to crime scenes simply by shouting his catchphrase, “I’m a journalist!” He follows Staines, stalks his wife and kids, and even spreads rumors that ultimately gets Staines killed. But Banerjee never existed in real life, which leads one to believe that his sole purpose is to add flavor to an otherwise dry story.

Another aspect of “The Least of These” that nearly kills its ending is the sappy montages following the death of Staines. They are long, drawn-out scenes accompanied by overly sentimental music. The latter half of the movie shifts entirely toward remembering Staines, but audience members are never properly introduced to him, and thus he seems to be secondary in importance to Banerjee.

“The Least of These” has potential for a better ending, especially because director Aneesh Daniel proves his worth in capturing stunning visuals and cultural aspects of India. But rather than utilizing such talent for cinematography and portrayal of ethnic tradition, the ending recycles prior footage and adds sappy music, a major letdown for a docudrama that could have ended on a higher note.

It is refreshing to see a director such as Daniel add diversity to Hollywood. “The Least of These,” if liked for nothing else, is a portrait of the harsh realities of leprosy, social upheaval and religious conversion occurring amid the 1990s in India. When regarded as a film commemorating the life of Graham Staines, however, it falls short in producing the necessary emotions.