One reporter says ‘thank u, next’ to the Cloud Macchiato 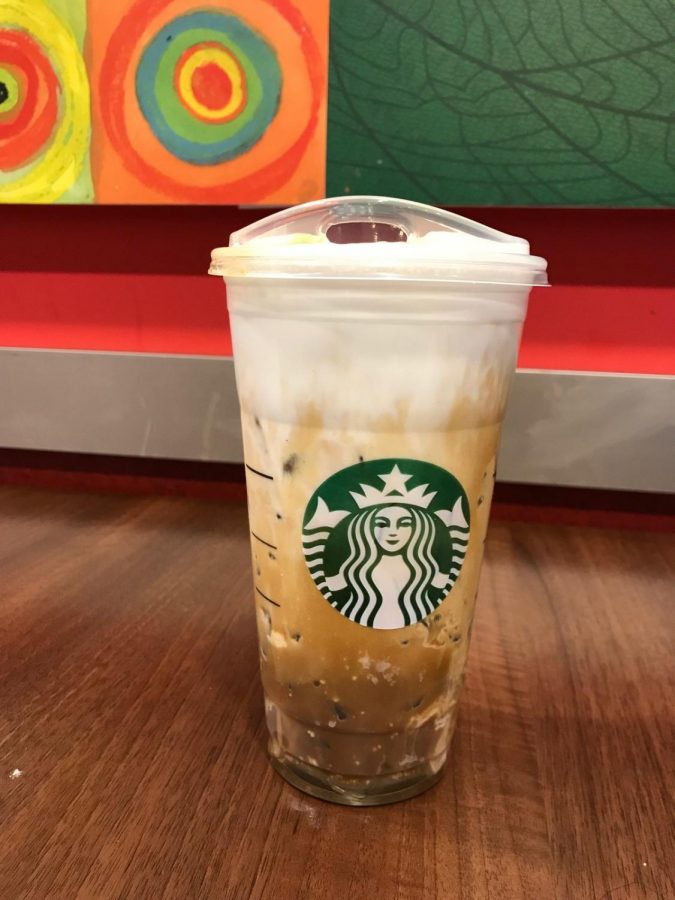 The "cloud" melted into the drink, ruining the aesthetic.

On Tuesday, Mar. 6, Starbucks released its collaboration with Ariana Grande: the Cloud Macchiato. While I am not a fan of Starbucks, I am a fan of Ariana Grande, so I decided to give the drink a shot as soon as it came out.

Originally, I found out about the Cloud Macchiato from Instagram. The Starbucks account made a couple of advertising posts, all of which were ASMR-style videos of various cloud-shaped substances. After revealing the drink, the photos still had no mention of Ariana Grande. On Twitter, however, Starbucks and Grande tweeted each other conspicuous messages, including cloud and side-eye emojis, implying that they were working on something together.

As I ordered my drink, the barista asked me which type I wanted. I was confused at first, but she explained that the Cloud Macchiato comes in two versions: caramel and cinnamon. I enjoyed the idea of offering customers a choice of flavors. Having a strained relationship with cinnamon, I chose the caramel flavor, iced.

The drink consists of a classic caramel or cinnamon macchiato on the bottom and “cloud” on the top. The cloud is made out of egg whites, which, although not mentioned by the barista, is stated on the Starbucks advertisement on Instagram. The foam takes up about two-thirds of the cup, so it takes a while to get to the actual coffee. I ended up, however, wanting more macchiato than cloud.

The drink cup comes topped with a recyclable strawless lid to showcase the cold foam. Shortly after I received my order, I noticed that the drink looked very unappealing. Chunks of the cloud foam got stirred into the actual coffee and looked like pieces of an egg. The Cloud Macchiato was much more photogenic in Instagram posts.

Consuming the cloud took a while, and I was happy to finally get to the actual drink. I was pleasantly surprised: the coffee was bittersweet and tasted just like my beloved caramel macchiato. There was nothing special about the coffee itself and I was pretty sure that it was just a regular Starbucks macchiato, but I was glad I chose caramel. It was really sweet but the foamy texture of the cloud compensated for the strength of the flavor.

The Cloud Macchiato definitely tastes better than it looks. I’m sure any macchiato fan would love the drink if they don’t mind enduring caramel egg-white foam for most of it, as the “cloud” definitely lives up to its name.