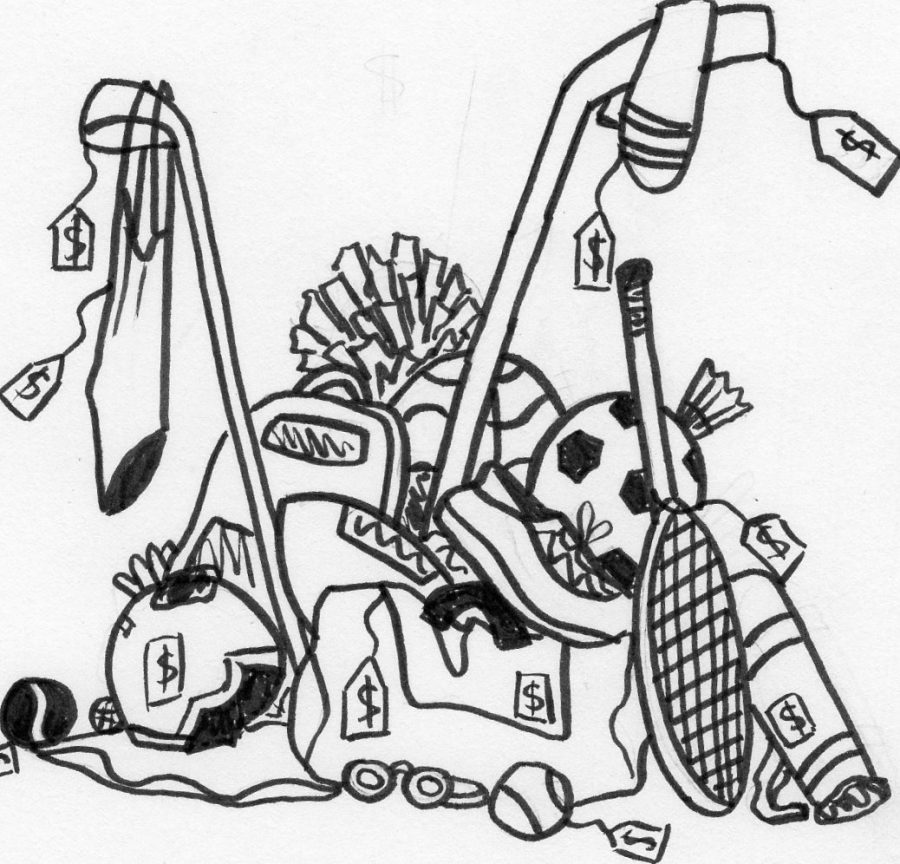 Sport expenses can add up to hundreds of dollars.

SCHS sport teams require certain equipment in order for athletes to participate. Some sports necessitate shoes while other sports have various equipment required to play. Though much of the expense is covered by fundraisers, Athletic Boosters, and the district, at times students must use their own money.

According to golf player junior Siddarth Ramkrishnan, equipment and gear are provided, but the quality is not the best. However, he believes that in order to be a prosperous player, buying better gear than the school gives is necessary.

“Unfortunately, for golf, everything has to be provided by the students themselves, with some assorted golf clubs and maybe a bag that could be provided by the coach,” Ramkrishnan said. “However, to be successful, you’d likely have to provide your own gloves, balls, tees, clubs, bags, markers and more.”

Head coach Kevin Vannest explained that the golf team needs to spend their own money on equipment, though he believes it is worth the cost.

“The only piece of equipment that players need is clubs,” Vannest said. “Good used clubs will run a person $400-$500. If a player is wanting new clubs, it can run a person several thousand dollars. However, you can use those clubs for ten plus years.”

Though some sports require more expenses than others, every sport is funded by the Athletic Department. According to SCHS Athletic Director Melodee Kiyota, her role involves putting in requests to fund school sports.

“Each sports coach can request an amount for their program, and the Athletic Director will write a purchase order to send to the District for approval,” Kiyota said. “All of the fundings goes to the numerous funds on campus [athletic programs]. Athletic Boosters takes care of their own budget.”

The Athletic Boosters’ process works by parents paying a membership fee to join. People are encouraged to volunteer their time and donate money for any and all sport events. They develop funds and support for the student sports programs.

Though the Athletic Boosters do take care of their sport finance,  parent Sofia Vega shares her perspective as a past partaker.

“I am not apart of the Athletic Boosters this year, but I have been in the past. I feel that the boosters focus their funds on other sports teams, like football and baseball. I am not sure that Volleyball has benefited from these funds in the past,” said Vega.

Though each sport is given their allotment, the boy’s volleyball coach Joseph Caampued said he tends to conserve the money for a long duration.

“I try to distribute the money as best I can so I can save for the future,” Caampued said.

However, even with funding students may occasionally need to pay for their own equipment. Junior Alan Tran has spent his own money on football and badminton. He had to buy equipment that the SCHS football team did not provide, and it has lasted him a few years.

“[I’ve spent] around $250,” Tran said. “I try to buy the best gear that lasts me a long time, such as my cleats or other football stuff I had since freshman year.”

Some coaches try to provide as much as they can in order for students to have materials provided, sometimes out of their own pockets. Caampued believes it is otherwise unfair.

“We try not to, or [make them] pay much because it’s not fair for them [students],” Caampued said.

The SCHS sports program may not fund everything for a student, but students still manage to get the equipment necessary for their sport, according to Ramakrishnan.

“In order to be in golf, it seems like having these materials are essential,” Ramakrishnan said. “But because of what we do share throughout the team and what the coach is able to provide, we are able to get through with the optimal participation we can obtain at the time.”