REVIEW: Old Taylor CAN come to the phone right now. Why? Because ‘Lover’ is here 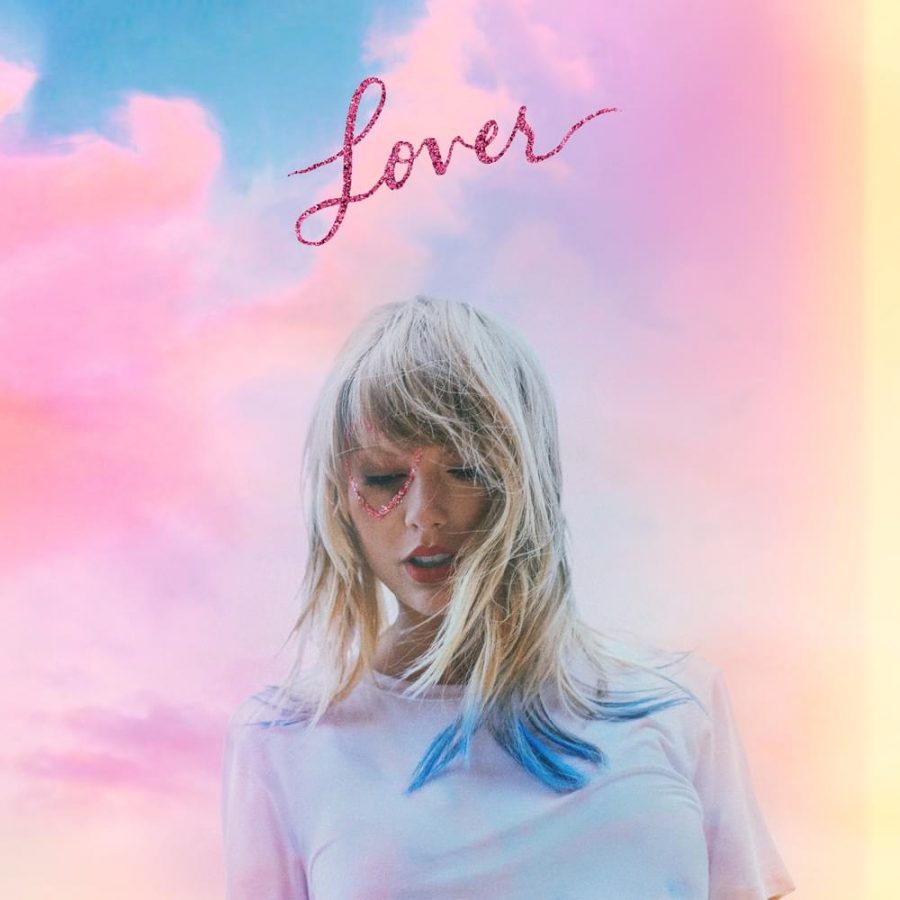 The cover art of "Lover" reflects the new sound of Swift's album.

Since spring, Swift was hyping up her album with pre-release singles “Lover,” “You Need To Calm Down” and “The Archer,” and dropping hints about the new album on social media.

“Lover” is the first album Swift officially owns. All of her previous albums were produced by Big Machine Label Group, which was recently sold to Scooter Braun. The two have issues in the past, so Swift does not want Braun owning her work because he might want to dismantle it, according to Rolling Stone.

Rolling Stone also reported that Swift will be able to re-record all of her previous albums after her contract ends in November 2020. She will soon have full ownership of her music, an empowering feat that can be heard throughout “Lover.”

In her previews of “Lover,” Swift pointed out its bright, peaceful vibe, which is a sharp turn from her last album, “Reputation,” released in fall 2017. Swift is successfully going back to her original style, singing about falling in and out of love in a girly and cheerful manner.

Swift combines all of her previous sounds in one album: her guitar ballads, her new wave electro-pop, and her country roots. “Lover” could be considered a mix of Swift’s  “Reputation” and her 2012 album “Red” as it is light-hearted yet contains splashes of edginess.

For example, “Death By a Thousand Cuts” may seem dark based on the title, but the song is a lively pop tune about problems in love as Swift sings,“Gave you so much, but it wasn’t enough / But I’ll be alright, it’s just a thousand cuts.”

“Lover” clearly represents a new chapter in Swift’s life and music. The first track of the album, “I Forgot That You Existed,” has a light sound accentuated with short piano notes, which nods to Swift’s dramatic year in 2017. It also indicates that she is ready to move on and grow from her experiences. “I forgot that you existed / And I thought that it would kill me, but it didn’t,” she sings.

The majority of “Lover” is based on romance and romantic issues, whether she went through them herself or not. “I Think He Knows,” “Afterglow” and “Paper Rings” are just a few examples. The songs do not just revolve around getting together or breaking up. Swift sings about all of the aspects of relationships. “I once believed love would be burning red / But it’s golden,” she sings in the closing track “Daylight.”

The album also touches upon burning issues in today’s society. In “Miss Americana & the Heartbreak Prince,” Swift sings: “American stories burning before me / I’m feeling helpless, the damsels are depressed,” which, as speculated by some fans, references social unrest under President Trump.

In the empowering and energetic “The Man,” Swift explores the problem of sexism. “I’m so sick of running as fast as I can / Wondering if I’d get there quicker if I was a man,” she sings. This is one of the most powerful songs on the album as Swift fearlessly calls out the inequalities between men and women.

“Lover” demonstrates that Swift has matured and is ready to start fresh. Although some people may say she explores too many topics in the album, it is a perfect listen for anyone who enjoys a mix of romance and self-empowerment in their music.