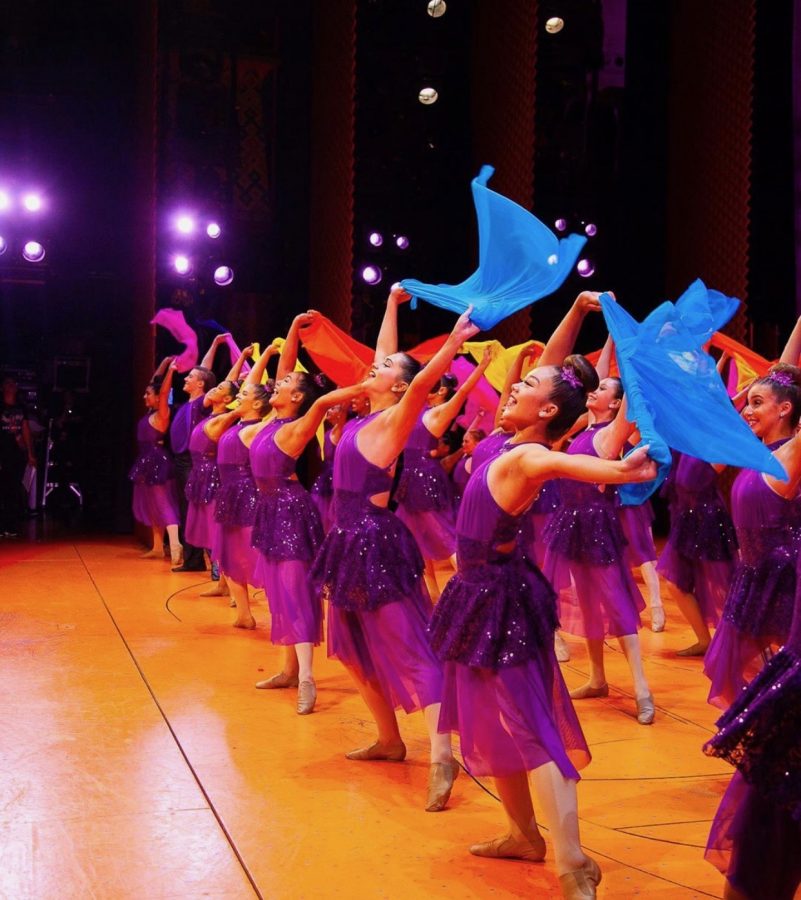 This summer, the 15-member Santa Clara Elite Dance Team brought their talents to the Big Apple, performing a dance showcase in the New Amsterdam Theatre on Friday, July 26.

The SC Elite Dance Team performed five numbers on the Broadway stage. Two songs featured all 15 members, two included smaller groups of four or five, and the finale dance featured every team in the showcase, including some team instructors.

“My favorite dance to perform was our group number, ‘The Nicest Kids in Town,’” SCHS senior Alissa Friedman said. “It was a super fun number, and it was so high energy, and it was all about our character and facial performance.”

The SC Elite Dance Team is a sub-group of the three-year-old Santa Clara Dance Team. Created by Linnea Sheehy, a dance teacher at the Santa Clara Recreation Center, the SC Dance Team features 36 members, ages seven to 27 years old. In 2016, Dance the Magic, a Huntington Beach-based performance company that partners with Disney, invited them to participate in the annual Disneyland Christmas parade.

In May 2019, DTM asked Sheehy to bring the group to Broadway. She chose 15 dancers from the SC Dance Team, ages 13-18, to form the SC Elite Dance Team.

“The Elite Team was created for the older and more advanced dancers,” Sheehy said. “They have been given the opportunity to attend workshops to broaden their dance knowledge.”

The SC Elite Dance Team was in New York from July 21 to July 27 along with two other groups, El Dorado Musical Theatre and Be Discovered. These teams were California-based and Toronto-based, respectively. According to Friedman, DTM invited only three teams from all of North America.

The week leading up to the performance involved a series of workshops led by professional backup dancers from various Broadway shows like “Moulin Rouge.” Some members, such as SCHS sophomore Blake Levins, felt the group workshops gave them more insight to the realities of dance as a career.

“Seeing how dedicated they [Broadway dancers] are and how hard they work is inspiring but also a little intimidating,” Levins said. “‘Cause if you wanna succeed on Broadway, you have to do so much more than you think you have to.”

The team spent over two months and 100 hours preparing and practicing at the Santa Clara Recreation Center before their debut. Despite the long hours and commitment, many members agree that the chance to perform on Broadway excelled any missed summer experiences.

“We had so many intense practices. It was like five to six practices a week towards the end, and all of them were two to three hour practices,” SCHS sophomore Ava Razon said. “But it was all worth it, and we came super prepared.”

The dancers also felt that the rigor of practices allowed them to grow closer as a team. According to Razon, their struggles and accomplishments were conquered and achieved together. Once the team was onstage, any animosities or stress they may have felt melted away.

“The lights hitting you… you can’t even see the audience from there, but you see the stage illuminated and you just go through it,” Razon said. “And you just try to soak it up while also performing the best you can.”