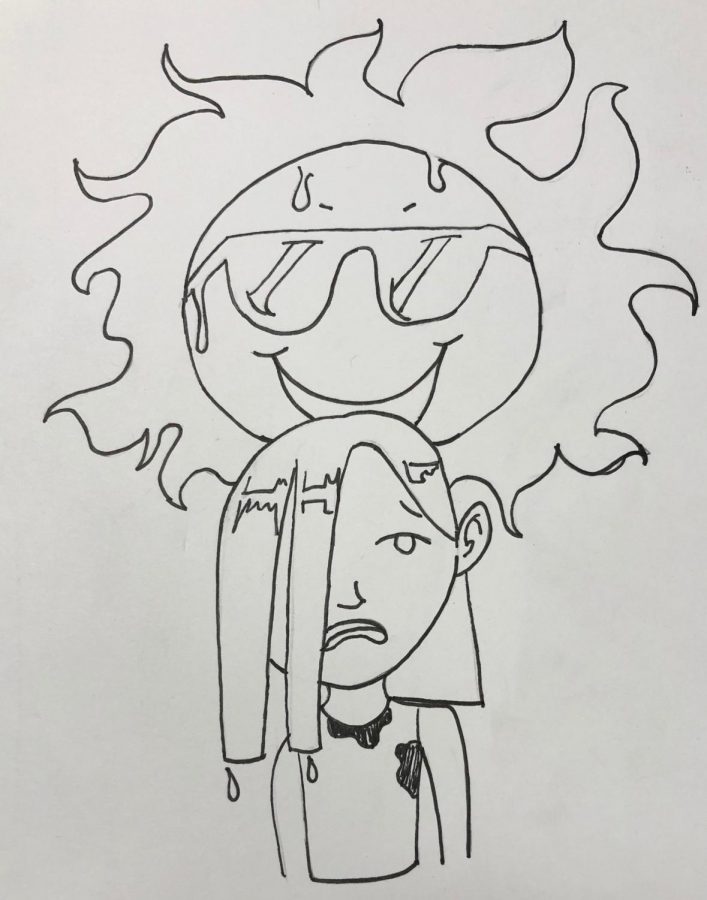 Most SCHS fall sports officially began practicing during the first week of school. Many teams, however, trained during summer. Throughout this time, temperatures were sweltering, reaching numbers in the range of 90-100 F, according to The Weather Channel.

For some, like Emma Mustovic, a senior on the SCHS tennis team, practicing in the heat helped condition them. .

“It was super hot. Sometimes it felt like a wall of heat all around me…” Mustovic said. “[But] it helped prepare us for the season because now the heat doesn’t bother me as much when I’m outside.”

Even before school started, one could see the tennis, football, water polo and cross country teams practicing at SCHS with lots of sun and little shade. Even Tsegai, a senior on the football team, worked hard for the upcoming season. Tsegai drank plenty of water to stay healthy and hydrated.

“We did try our best to stay hydrated because that’s really the only way to fight the heat,” Tsegai said. “Our coach had a container full of really cold water so that definitely helped.”

Team coaches also made sure the athletes were safe in the heat. According to Mustovic, SCHS’s tennis coach, Julie Kawamoto, made sure she always has the girls’ well-being in mind.

“Our coach modifies our workout if needed, and she makes sure that we’re drinking enough water and taking care of ourselves,” Mustovic said.

Like Kawamoto, the SCHS Cross Country coach, Julie L’Heureux, changed running routes so that the team would be shaded. L’Heureux said she always checks the weather before planning the workout so that it is not so agonizing for the students.

There is not much that can be done when the heat is abundantly excessive. Mustovic has gone to extreme measures to stay cool in these situations.

“I’ve recently taken to carrying a handheld fan with me just in case, which helps a lot,” Mustovic said.

As the weather becomes hot, like Mustovic, many athletes have to adjust or endure. Cross country team member Jesus Perez, a junior, trains even in the blazing heat.

“No matter what, I still run,” Perez said.

The summer and the beginning of the school year are known to come with higher temperatures, but no matter how bad the conditions, dedicated athletes strive to be greater.

“Whatever the weather, we all do our best and push through as a team,” Mustovic said.