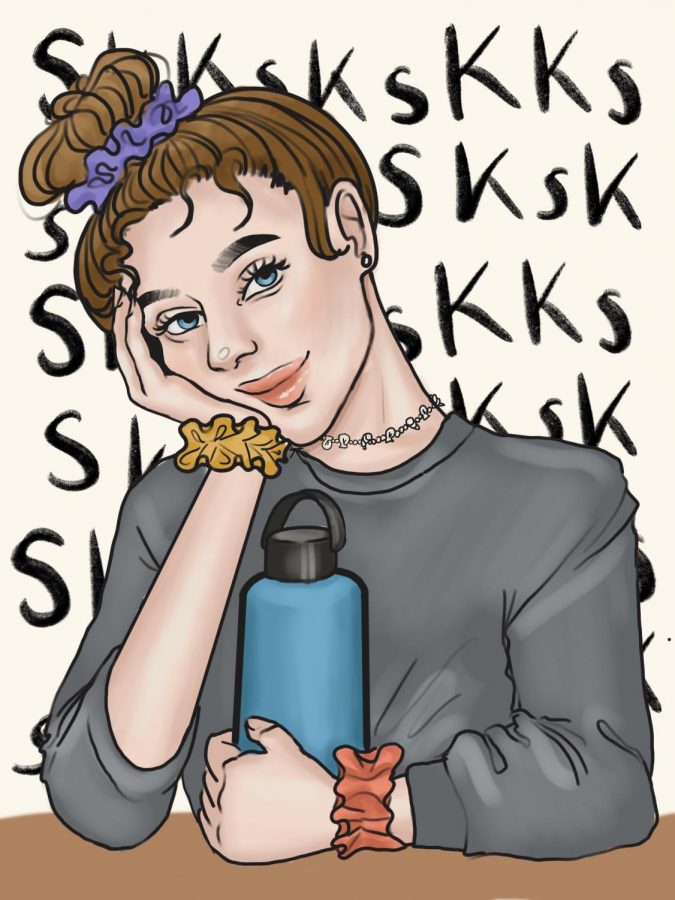 Certain fashion items and vernacular have become associated with the "VSCO" aesthetic.

Hydroflasks, puka shell necklaces, scrunchies and oversized T-shirts are all items that are seen on an everyday basis at SCHS, and are now associated as part of the new “VSCO-girl” lifestyle trend.

The term “VSCO-girl” is derived from a photography app of the same name, where users can capture and edit pictures with unique filters and other editing tools. Although the editing app was released in 2011, the VSCO-girl aesthetic has grown in popularity this past summer through social media. Now, some people feel self-conscious about wearing the items for fear of being called a “VSCO-girl.”

Freshman Ruby Delgado learned about the trend through Instagram.

“It’s hard not to notice because all over the (Instagram) explore page you can see everyone with the style. Even at school, a lot of people are dressed as a VSCO-girl,” Delgado said.

According to Delgado, many people tend to joke about the trend as a way to deflect from being taunted or being called “basic.” Individuals who wore the items associated with the trend before it became popular still get backlash for being basic and unoriginal.

“A lot of people make fun of them, but I feel like if it was any style other than a VSCO-girl, people wouldn’t,” Delgado said. “People want to steer clear (of the trend) because they don’t want to get made fun of.”

According to Delgado, those who make fun of people following the trend just because it is popular do not keep in mind that many individuals happen to already have the same style. One specific item that is associated the most with the trend are puka shell necklaces. What was once a beachy accessory is now the official trademark of the VSCO-girl.

“I got a puka shell necklace, but that was before it became trendy, and I also shop at Brandy Melville,” Delgado said. “I really love the style, but at the same time, I don’t want to dress too VSCO because people might make fun of me.”

The majority of backlash is present on Tik Tok, a social media app for creating short. Many popular videos highlight the trend by judging and mocking it. Sophomore Brielle Brady learned about the trend specifically from Tik Tok videos.

“Most of the Tik Toks I see about VSCO-girls are making fun of them, or people purposely trying to dress like them,” Brady said. “On Tik Tok, you can also see them accusing people of not having a Hydroflask or enough scrunchies.”

Brady, who had a similar style before the trend, has learned to embrace the way she dresses, regardless of what others think.

“A lot of people tell me (I am a VSCO-girl) everyday. But it’s not a big deal. It’s just the way I dress, so I don’t care,” Brady said. “I honestly don’t think people should care this much. Just be who you are and wear what you want.”