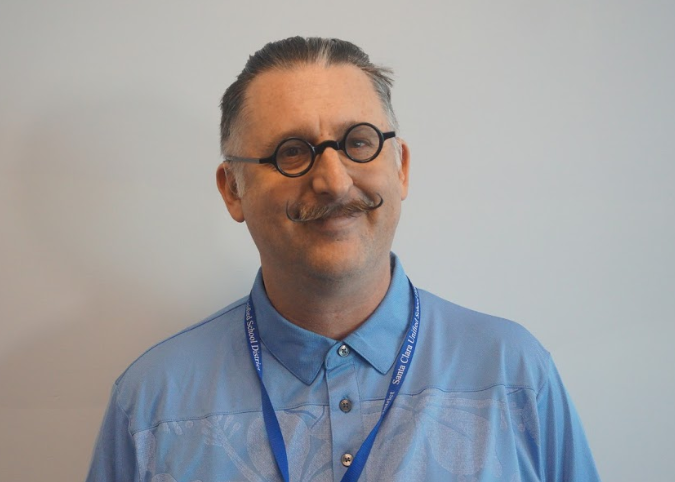 For new SCHS American Sign Language instructor Burnie Gipson, teaching is not his first career. Previously, Gipson was a dance instructor, teaching various dances for over 25 years with his own ballroom studio.

“But my favorite dance was Lindy Hop and authentic dances like Balboa and Collegiate Shag,” Gipson said.

Gipson also performed in various cities across the U.S. and a few in the Bay Area. He even competed, judged and taught in Argentina.

A recent tech takeover in San Francisco made Gipson give up his studio. Gipson’s landlord  received an offer from a company and decided to raise the price of rent. Various painters, boxers, printmakers and photographers closed their businesses due to not being able to afford the increased prices.

“(It is) sad that the Bay Area known for art is losing its artists,” Gipson said.

As a result of Gipson beginning to lose his hearing again, he had difficulty hearing his own dance students in noisy environments.

“Deafness or small word ‘deafness’ isn’t finite. Like it isn’t like I’m totally deaf all the time or totally hearing all the time,” Gipson said. “It all depends on the environment, the person, the feedback from my hearing device.

Gipson’s loss of hearing directed his focus to learn more sign language and integrate himself into the deaf community, giving him the opportunity to learn more sign and get to know people within it. This led him to pursue a career as an ASL teacher.

Gipson attended Berkeley City College to earn his ASL certificate. His experience in changing careers was a great transition, Gipson said, and he has the privilege to turn off his hearing aids and just be himself.

According to Gipson, teaching ASL has many similarities to teaching dance.

“In dance you copy others. Similar to swing dance and rhythmic repeating. Or African drumming communication where you repeat back and then communicate more,” Gipson said.

Even though he now works as an ASL teacher, Gipson still has the love and passion of a dancer.

Gipson recently attended a gig at “Tiki Oasis” in San Diego,where he had the opportunity to teach and participate in choreography for a troupe. He said many people approached them after, saying how they loved the troupe’s performance.

“It was good to feel like ‘Yes, I still remembered my moves,’ and although I couldn’t hear some of the music, I had a partner who lead me through it so it was great to experience it fully again in my own way,” Gipson said.