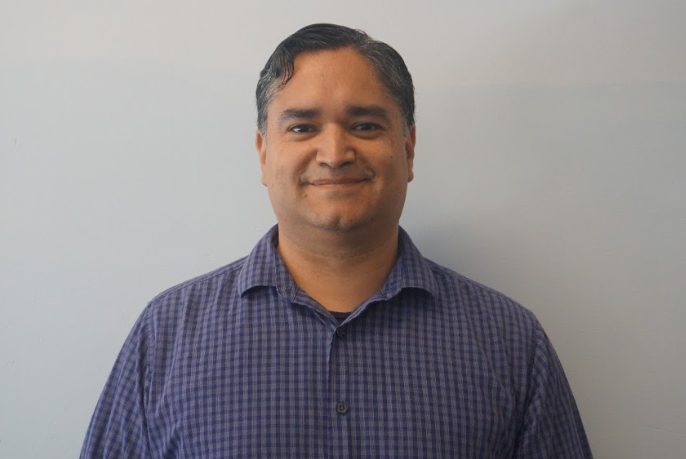 Gomar lived in Mexico until he was 10 years old.

SCHS Spanish teacher José Gomar enjoyed growing up in Mexico with his two brothers, but when he was 10-years-old, his family had to move to Sacramento due to his father’s job. Though he was not looking forward to it, Gomar eventually became used to living in America and learned to speak English fluently before moving back to Mexico when he was 15.

Three years passed, and Gomar returned to America, but this time, he said he knew what to expect.

“I attended Sacramento State University for five years and earned a bachelor’s degree in Spanish and one in political science,” Gomar said.

While working on a job, Gomar’s friend told him that he should look into teaching Spanish as a career. Before teaching at SCHS, Gomar previously taught Spanish at four other schools.

“I enjoy educating kids about Spanish, and I love teaching it,” Gomar said.

However, Gomar stated that he enjoys teaching at SCHS the most.

Gomar grew up learning Spanish. Now that he has two kids – one baby boy and one baby girl – he plans on teaching them Spanish and English since he is a part of both cultures.

Gomar is not the only educator in his family. One of his brothers is also a teacher. Though they do not live near each other now – his brother currently lives in New York – Gomar finds that he and his brother are connected through teaching.

“Even though we live far apart, we will always have the same dreams,” Gomar said.

Gomar also said he appreciates where he is now living. According to Gomar, the houses in Mexico are very different from the ones in America, and he finds that American houses are pleasurable. He is looking forward to watching his kids grow up in an American house.

Yet despite all the good that has happened for him in America, Gomar admitted that living in Mexico is still with him.

“I do miss my time from when I was in Mexico,” Gomar said.