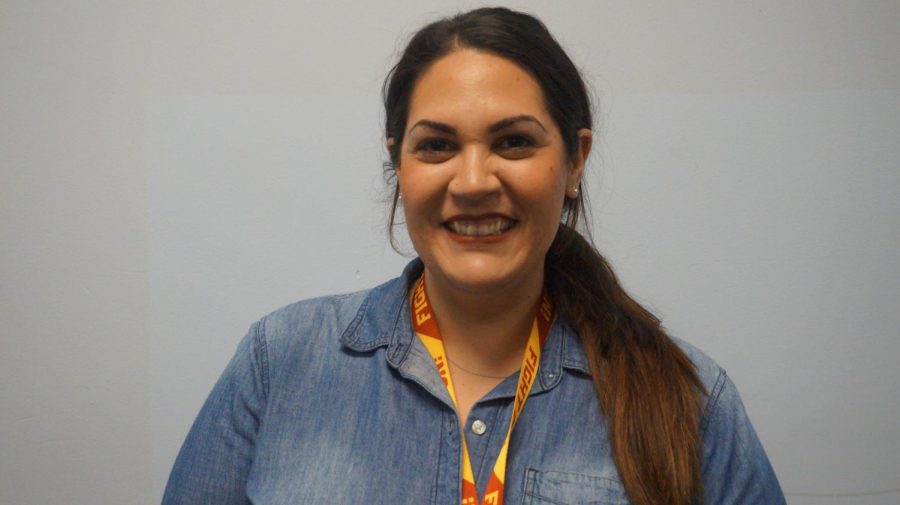 Hayes worked in the cosmetic industry before finding her place in the classroom.

SCHS recently welcomed new English teacher Courtney Hayes, who already has big goals and is looking forward to teaching students and becoming part of the Bruin family. But Hayes said her journey to becoming a teacher was not the easiest. It started started with a dream and through hard work, became a reality.

During Hayes’s high school career, she had a teacher whose presence and teaching style encouraged her to pursue teaching.

“My former teacher Mr. Ooka inspired and motivated me to become a teacher because the way he taught had some sort of spark,” Hayes said.

Mark Ooka was Hayes’s ninth grade English teacher at Wilcox High School who made his class exciting for his students, Hayes said. Her best memories in Ooka’s class was when he would use his personal stories for teaching, many of which were interesting. According to Hayes, Ooka made her rethink being a lawyer.

When Hayes was studying at San Diego State University, her counselor discouraged her from becoming a teacher.

“My counselor then told me to stop studying to be a teacher because they said I wouldn’t be able to find any jobs,” Hayes said.

So she began to pursue a degree in public relations.

After earning a Bachelor of Science in Public Relations, Hayes worked with cosmetics as a makeup artist.

“When I was working with cosmetics, I wasn’t happy because it wasn’t what I wanted to do,” Hayes said.

After being a makeup artist at a Mac location in Valley Fair, Hayes decided to return to her passion and earned a teaching credential at San Jose State University. She then became an English teacher. Hayes taught at Lincoln High School for eight years before coming to SCHS.

Hayes said her start with SCHS was “nerve wracking but smooth.”

“It was weird because I’ve taught at schools before, but I felt new,” Hayes said.

Despite the nervousness of teaching at a new school, Hayes was happy the SCHS staff helped her settle in, and her fellow teachers lent her a helping hand.

“It’s really nice how the teachers here look out for one another,” Hayes said.

Hayes has achieved her dream, but she did not do it alone. Hayes said her parents were by her side, supporting her every step of the way.

“My biggest role models in life were my parents because they always pushed me into doing my very best,” Hayes said.