REVIEW: ‘Head in the Clouds II’ tells a cohesive and moving story through musical variety 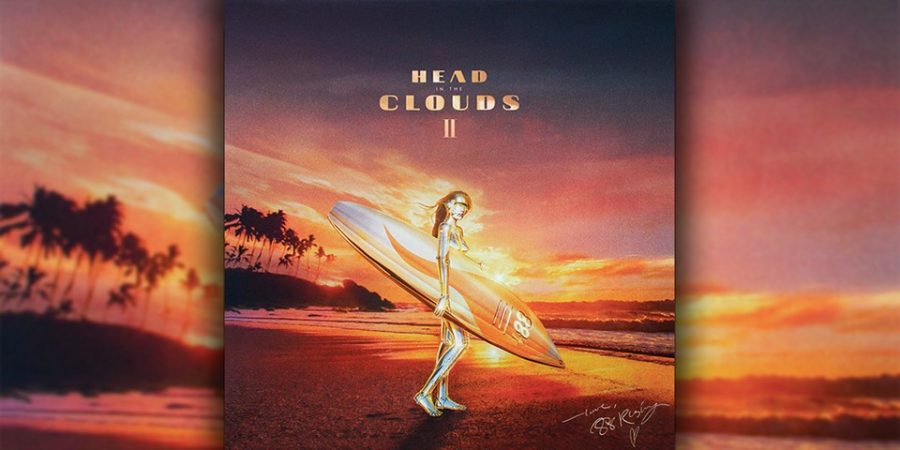 The album features a multitude of artists and a range of musical styles.

Joji creates yet another masterpiece of an album, but this time it’s through his producing. The Asian/Asian-American hip-hop collective 88rising is back with “Head in the Clouds II,” the highly-anticipated sequel to their first album, released Friday Oct. 11, 2019.

Since the original album, “Head in the Clouds,” released in July 2018, 88rising has gained a lot of popularity within the hip-hop community. With the new album’s 16 tracks, various artists are featured, consisting of both the group’s original and new members. “Head in the Clouds II” also has many new collaborators, such as Swae Lee, Major Lazer, Chung Ha, Generations from Exile Tribe and more.

One of 88risings main members, Rich Brian, worked with South Korean singer Chungha to kick off the album with “These Nights,” a very catchy, fun and fast-paced song. The track is about falling in love, establishing the theme for the rest of the album.

Similar to “These Nights,” Joji, Swae Lee and Jason Wang touch on a different aspect of love in their fast-paced song “Walking.” Joji shows that he is still struggling to get over a relationship when he sings, “I need you to know / In my mind you don’t ever let go.” This song has a happy feel to it even though it is about someone grieving over the fact that their partner has left them.

Group member NIKI is also getting over someone in the song “La La Lost You,” a slow song with lyrics depicting heartbreak. The track is about a love interest who left after using her and never being fully committed to the relationship.

Barney Bones and AUGUST 08 have a slow song about not being right for relationships after being in one that did not last. Bones thought his relationship would be forever, demonstrated when he sings, “Told her that I love her, next thing I know / We ain’t make it to summer.” AUGUST 08 helps depict this message when singing that his relationship is, “not addin’ up / I think my calculator’s broken / I’m not meant for love.”

Not all of the songs are about heartbreak, in fact “I Love You 3000 II” is about flourishing love and shines light on brand new member Stephanie Poetri. Poetri and Jackson Wang’s “I Love You 3000 II” offers a fresh, upgraded take on Poetri’s original acoustic single “I Love You 3000” released earlier this year. The love is felt when Poetri sings, “And all my friends, they tell me they see / You’re planning to get on one knee / But I want it to be out of the blue.” Poetri and Jackson’s beautiful duet brings wholesome happiness and feelings of love to listeners, clarifying the album’s common theme: the stages of love.

The variety of songs makes sense considering one of the main members, Joji – an artist known for his pop and R&B music full of insightful meanings – was the executive producer of the album. In “Head in the Clouds II,” no matter if the song is fast paced, slow, happy or sad, each explores an aspect of love.

“Head in the Clouds II” is great for anyone who enjoys catchy hip-hop songs with meaningful lyrics. While varying greatly in genre and vibe, all artists bring something different to the album, making it one cohesive work of art.