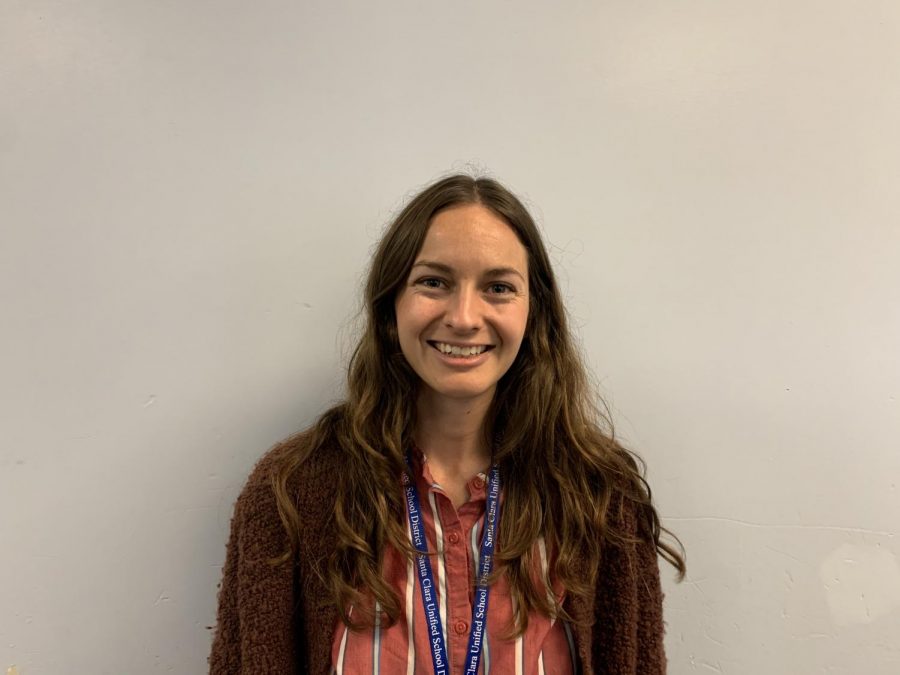 “I would have a big bag of [animal crackers] at home when I was younger, and one time my mom opened it and asked, ‘Why are all of the pink ones still in here?’ I told her it was because the white ones taste like vanilla and the pink ones taste like cardboard,” Tate said. “Now every time I tell someone, I get blindfolded and I do the taste test.”

Alongside her distinctive talent, Tate said she is passionate about enthusiastic students and is looking forward to continuing her first year at SCHS. She finds the campus is full of positivity and school spirit.

Tate received her undergraduate degree in English at Westmont College in Santa Barbara, Calif. in 2012. After teaching for a combined total of six years at Green Valley High School and El Toro High School in Southern California, she moved to the Bay Area. Tate then earned her master’s degree from Stanford University last year and wished to return to a teaching position.

“Education had a really big impact on my life as a child,” Tate said. “My mother had this deep belief that if she could position me in the right educational spaces, I could have the ability to be more successful.”

Because of this, Tate said she has an innate instinct to want to help people.

Tate had an opportunity in college to tutor high school students, and her passion for teaching and helping people really began to grow.

According to Tate, she uses her ability to help others reach their potential and hopes she can bring this skill to SCHS.

“I love celebrating students in the places where they feel they’re at their best,” Tate said. “I have a really deep longing to make sure people know their value.”