Forever 21 bankruptcy has students divided on its possible effects 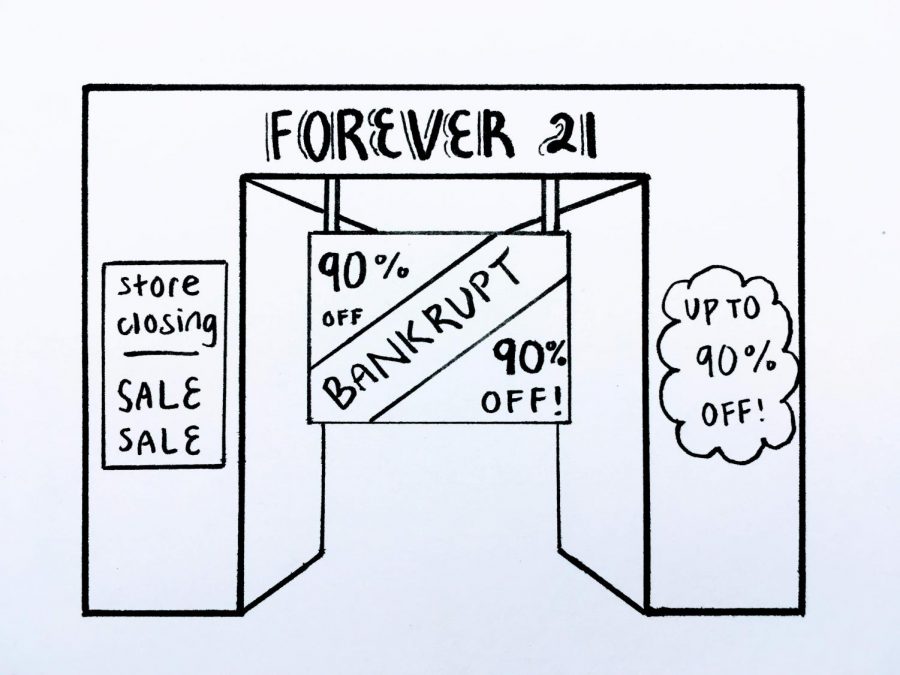 The store will be closing almost half of its locations worldwide.

Forever 21 is a popular clothing store among many students at SCHS due to its affordable and trendy styles. However, their current bankruptcy has people on both supporting and opposing sides.

Founded by South Korean immigrant Do Won Chang and his wife, Jin Sook, Forever 21 is one of the largest fast-fashion companies worldwide. According to an article from Businessinsider.com, the company was created for teenagers and young adults to get trendy items for an affordable price.

For sophomore Andree Deiparine, Forever 21 is a go-to clothing store because of their up-to-date styles and affordable prices. Her favorite item from Forever 21 is their selection of patterned socks.

“If I can’t find anything, like a shirt or new jeans, I’ll be like, ‘Okay Mom, I’m just going to get these socks,’” Deiparine said. “I’ll tell her that I need them, even though I don’t. They are just so cute and have so many patterns to choose from.”

For Senior John Lamayo, Forever 21 used to be the main source for his clothing, but over time, Lamayo became aware of the decrease in quality and the effect the company has on the environment.

“When I heard about the environmental (impact)…I realized how bad they (the clothes) are for the environment, so now I shop at other places,” Lamayo said.

Like Lamayo, Sophomore Mic Jodie Borgonia does not support Forever 21 and hopes that the company goes out of business because of their poor environmental decisions and unethical labor methods, like the fact that their “workers are rushed and pressured to work several hours with unfair wages.”

According to Borgonia, Forever 21’s methods of production create a culture of waste due to the abundance of cheap and poor quality clothing, and for this reason, she believes their bankruptcy is justified.

“The clothing is treated as disposable since it’s only meant to keep up with the current trend,” Borgonia said. “Forever 21, a company that promotes fast fashion with incoming designs everyday is deserving of its bankruptcy.”

According to Deiparine, knowing the environmental costs can be a turn off, but the convenience, along with other factors, creates indifference.

Although Lamayo continues to avoid Forever 21, he hopes that if they do stay in business that they fix and change the company as a whole.

“Many other companies before have messed up,” Lamayo said. “So they can take this as an opportunity to renew and rebrand. There is always a second chance.”