REVIEW: ‘Weathering With You’ is a fresh film in an otherwise American industry 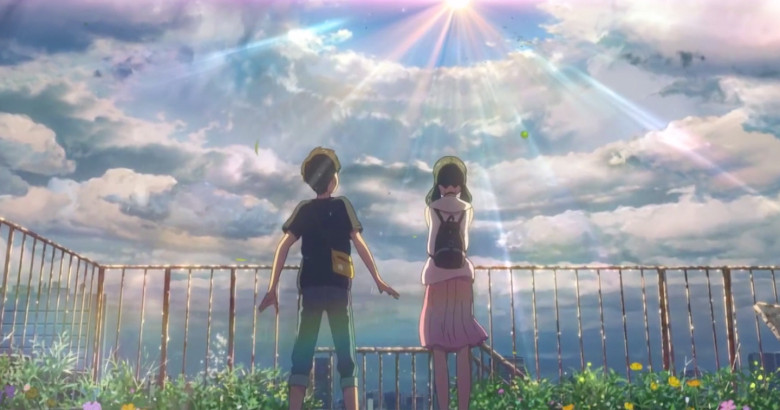 The film was released in America on Friday, Jan. 17.

The Japanese animated film “Weathering With You,” which won Best International Feature Film at the 92nd Academy Awards, was released in America on Friday, Jan. 17. The movie was directed by Makoto Shinkai, and originally came out in Japan on July 19, 2019. The film was his newest after the 2017 anime “Your Name” that became the highest-grossing anime film of all time.

“Weathering With You” starts with an interview with Shinkai stating the film took him two years to make, and he hopes people will enjoy it in America. Shinkai’s statement gave the audience really high expectations, and it pleasantly delivered.

The film is about a boy called Hodaka who leaves his home town and runs away to Tokyo where he meets Hina. The two fall in love under a rainy Tokyo sky. Later, Hodaka finds out that Hina can control the weather and get rid of the rain, which develops into the major plot of the anime.

Shinkai included the protagonists from “Your Name” in this film too, who help give Hodaka advice on what to do when he is in trouble or has an important upcoming event. This was really unexpected and thrilled many people when they saw familiar faces from another beloved film. Including these characters was refreshing to see since recurring characters in different films do not happen often in American films.

In one scene, Hodaka tells Hina that he would rather live with her in the rain than have a blue sky. Shinkai said he knew this component would be greatly disliked in America, but he wanted to put it in the movie. It was interesting to see how Japanese anime differs from American movies and was unusual but nice to see the different movie style, and the people were very honest in the movie.

According to Foreign Policy, less than one percent of U.S. box offices show foreign language movies. “Weathering With You” was shown in less than 1,000 theaters in America, breaking the trend. It had such a positive influence on a lot of people, which can be seen in the story line, the visuals, and the fact that it received many different awards in both Japan and America.

Overall, Japanese films are very different than American films but not unwanted. The movie also had amazing visuals and an interesting plot that added up to make an amazing movie. “Weathering With You” is definitely worthy of the awards it won.