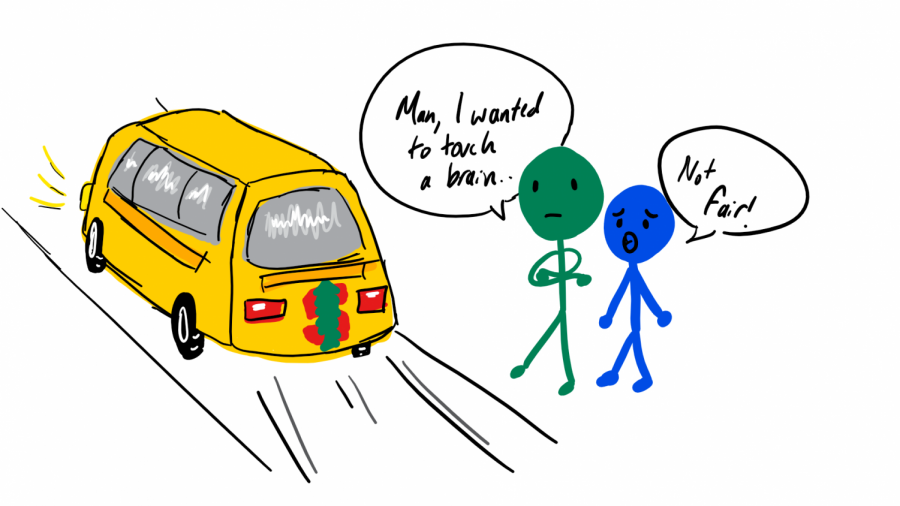 Stanford policy allows groups of 70 students maximum to visit the campus so the trip was divided between two dates – March 3 and March 10.

The Honors Human Physiology field trip to Stanford University scheduled for today, Tuesday, March 10, has been canceled. According to Human Physiology teacher Sara Carvalho, this is due to “Stanford’s new policy to limit any big groups from coming on campus due to the novel coronavirus outbreak.”

According to NBC, Stanford announced on Friday that a faculty member tested positive for the coronavirus and that classes are being moved to an online format when feasible.

“It is a really cool field trip. They show us prosections, which are body parts that have been dissected out of humans,” Carvalho said. “For example, they have livers, hearts, brains and they have medical students at each station to explain something about it.”

Due to a Stanford policy that allows groups of 70 students maximum to visit the campus, the trip was divided between two dates – March 3 and March 10. Carvalho and 70 of her students visited Stanford on Tuesday, March 3. However, Carvalho’s remaining 20 students, as well as those in Honors Human Physiology teacher Benjamin Wylam’s classes, were unable to attend.

According to Carvalho, Stanford notified her via email of the cancellation on March 4. She said they will notify her by April 15 if the trip can be rescheduled for May.

Many students felt it was a missed opportunity but understood the need for caution.

“At first, I was very upset because I wanted to hold a brain, but then I realized it’s probably for the best,” senior Samantha Espinoza said. “They (Stanford) just have to be cautious and keep everyone safe.”

Similarly, senior Even Tsegai was excited for the field trip and hopes it will be rescheduled.

“I was actually really looking forward to it because Stanford’s a really nice facility, and I think we were supposed to go see cadavers, so hopefully it gets rescheduled,” Tsegai said.

Both Espinoza and junior Inci Anh Yesin are skeptical that the coronavirus will be any less of a concern by April.

“I feel a little disappointed because the rest of my class got to go and I didn’t,” Yesin said. “Also, we don’t know if it’s going to get better, the coronavirus, so how do we even know if we’ll get to go in the future.”