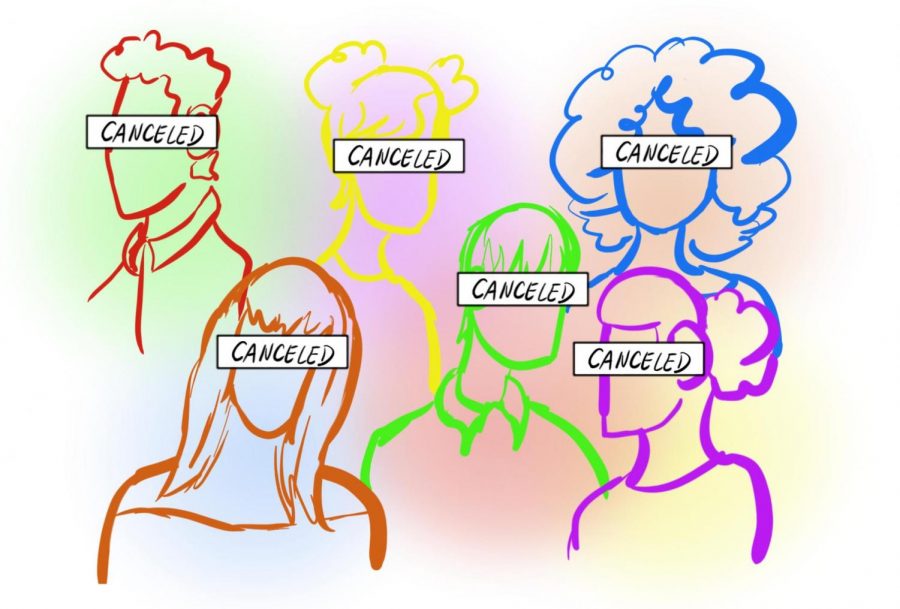 This “canceling” trend has become increasingly popular in today’s media.

According to freshman Eveyln Montes, cancel culture is defined as boycotting or attacking someone who is deemed “canceled” as a form of justice for their actions.

Growing in popularity, cancel culture can even be seen in schools, with people being “canceled” by their friends because of jealousy or a particular set of actions that hurt them.

Montes said that if a person was “canceled” at SCHS, she would continue to be friends with them despite the comments.

“If they were someone I was close to and I knew they were truly apologetic for what they did, I would still be friends with them,” Montes said.

Freshman Boz Azordegan believes that cancel culture is a way for people to cope with their problems. He believes it is wrong and people shouldn’t turn against others without knowing the full truth.

“I feel like it is wrong to drag someone down for a specific reason, especially if it’s not a big part of the issue,” Azordegan said.

The YouTube platform has an atmosphere where canceling others is a trend. Channels such as Tea channels or Spilled report the latest scandals or cancels in the YouTube world, which may hook viewers and give them a negative view of a person regardless of their actions.

Agzordogen said he had seen famous people especially use cancel culture to distance themselves from others.

“They use it (cancel culture) as a way to block someone socially and try and to bring others down,” Agzordogen said.

Freshman Megan Stark watches a lot of YouTube Tea channels, such as Sebastian Williams and Spilled.

“I watched Tea channels about Danielle Cohn, a girl who dresses inappropriately and lies about her age. I don’t like her,” said Stark.

Senior Even Tsegai uses the YouTube platform as well as other social platforms and often sees cancel culture on them. However, he does not believe people should be “cut off” because of something they did.

“In some cases, we are all human and we all make mistakes sometimes,” Tsegai said.