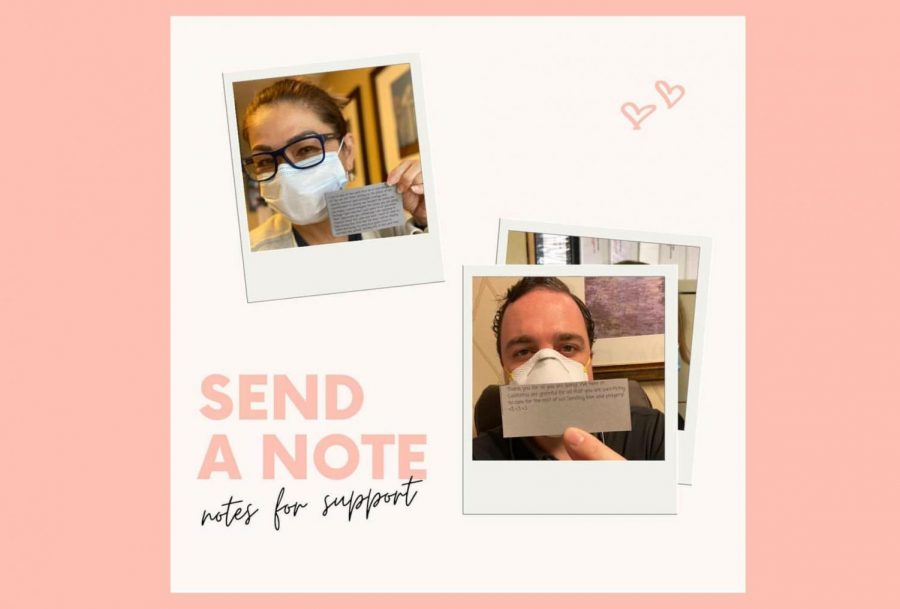 The group sends handwritten notes to both patients and healthcare workers in hospitals.

During the coronavirus pandemic, many healthcare workers and patients feel stressed and lonely. In the beginning of April, junior Gina Choi created the program Notes for Support to deliver handwritten notes to those in hospitals.

Choi’s inspiration came when she was in quarantine for Acanthamoeba keratitis, a rare disease in which amoebae invades the cornea of the eye.

“During that time, I experienced a lot of anxiety and loneliness, and it meant the world to me whenever I received a card from a friend,” Choi said. “So I kind of wanted to pay that back to patients and health care workers.”

Choi also participated in a competition called the COVID-19 Global Hackathon in March. The hackathon encouraged developers to make a social impact and address problems related to the coronavirus. Out of 19,000 participants, Choi was the only high school student to win.

“That was really amazing, and then all of a sudden, all of these companies started reaching out to me saying they wanted to help out the project, which was really surprising and exciting at the same time,” Choi said.

Anyone can participate in Notes for Support by sending a note to Choi’s website, notesforsupport.org. So far, Choi has received notes from all over the world. She did not expect her program to spread so quickly.

“It has really shown health care workers that they are not alone and that they just can’t believe that these notes are coming from people all around the world,” Choi said.

According to Choi, the notes have touched the hearts of the doctors on the front lines. A nurse wrote to Choi to let her know that she was more affected by the notes than the donations of food because it really showed the workers that what they are doing matters.

“One health care worker emailed me photos of his co-workers taking selfies with their notes,” Choi said. “And a nurse in Brooklyn called me the other day saying that the room just lit up when people started receiving them, so that was really rewarding.”
As stated at notesforsupport.org, over 3,300 notes have been sent to 34 hospitals in 12 states. Choi is proud that her group has influenced so many lives.

“Sending out notes was probably one of the most effective ways we could offer support to the healthcare workers and patients,” Choi said.