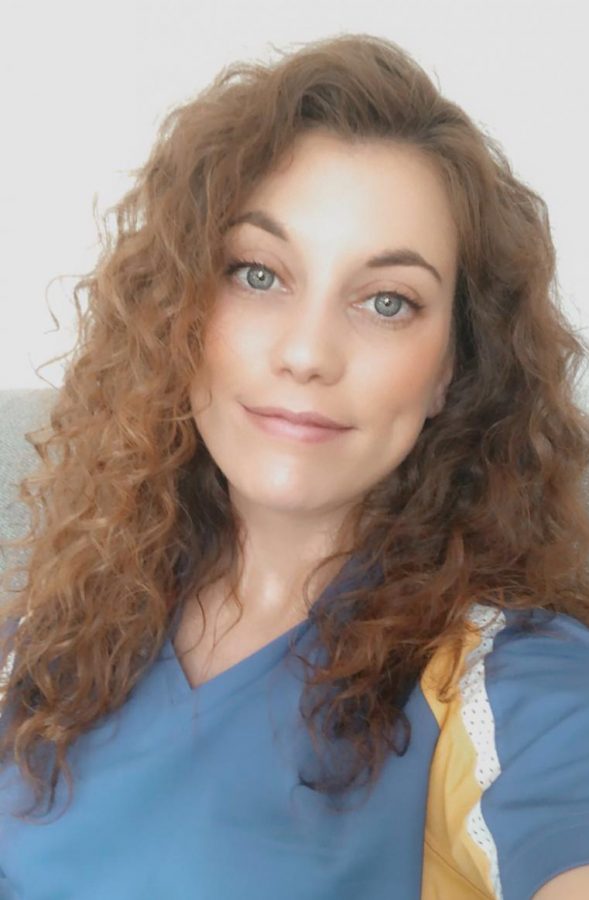 Cory Morbo hopes to switch fully to P.E. in the near future, but enjoys teaching both English and P.E.

During distance learning last school year, English teacher Cory Morbo was scheduled to teach physical education at SCHS along with her English classes this year. After teaching English for six years, Morbo wanted to switch things up and try something new.

“I still love to read – I love English still – but I also like to be active and be outside, so I was thinking of different ways to still be able to do both,” Morbo said.

According to Morbo, the transition to teaching both subjects is not what she thought it would be. When administration confirmed she was going to teach both classes, Morbo anticipated what a live P.E. class would be like, but with distance learning, her expectations changed.

“I can’t do a normal P.E. class the way I was thinking of, so everything’s just a little bit different than what I was expecting,” Morbo said.

P.E. and English are very different from each other, according to Morbo. In English classes, she gets to know her students through their writing, but students do not open up the same way in P.E.

“I feel like kids are more willing, or just have more of an avenue (in English class) to open up about their lives and what’s going on with them, so you kind of get that instilled connection without really poking,” Morbo said. “It’s more (that) it comes out in their writing, comes out in conversations.”

Morbo also discovered that grading students in P.E. is different from grading in English. She feels grading for P.E. is less strict because the subject is more focused on effort rather than accuracy.

“P.E. I feel has a little bit more freedom,” Morbo said. “Maybe you didn’t do ten pushups but you did 5 pushups, and I can still give you an A for that because you tried.”

Morbo hopes to switch fully to P.E. in the near future, but until then, she is enjoying both.

“I eventually do want to go all the way over to P.E. Right now it’s new. It’s like the new shiny friend, and so it is the one I’m liking more right now because it’s something new and exciting,” Morbo said. “English has a little soft spot in my heart though.”