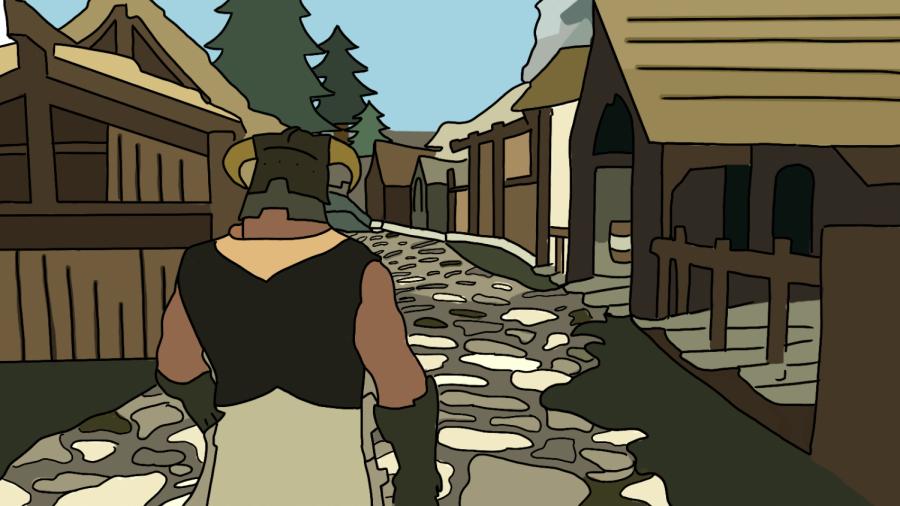 Many open-world video games, such as "The Elder Scrolls: Skyrim," have been reported to have various bugs and glitches.

In the gaming industry, open-worlds are one of the most popular genres. Among other components, open-worlds are video games that have a large world for the player to explore. While they are popular, they are not flawless.

Side quests are a fairly common objective in open-world games. These are missions given to the player that are completely optional and are not required to be accomplished to beat the game. Open-world video games, however, tend to follow identical trends when it comes to how side quests are designed. Many games, such as “Fallout 4,” follow the formula of “fetch these items” or “kill a certain amount of enemies” without including anything to make the games interesting.

Additionally, open-world video games are prone to bugs and glitches. While this can be said about many different categories of video games, open-world games in particular have shown many errors in their programs. Games such as “The Elder Scrolls: Skyrim” or “Fallout 76” have been reported to have various glitches within them, both big and small.

Despite most open-world video games being RPGs (role-playing games), which are usually well known for having strong narratives, most open-world games tend to disconnect players between the narrative and the gameplay. Side quests, like killing NPCs (non-playable characters), very rarely have any connection to the protagonist or the grand story and are not given any kind of morality system – a system where doing certain actions in a game changes the narrative in some form – so they feel completely pointless.

Although some may argue that open-world games grant players the ability to explore the large worlds, that is not always the case. While games such as “Legend of Zelda: Breath of the Wild” and “Spider-man” on PlayStation 4 have open worlds that are fun to explore, most are nothing but empty space with minimal enemy placements and little to nothing else.

Additionally, the player is typically forced to “follow the dotted line” to get from one place to another in order to complete the game, discouraging players from exploring the open world.

While open-world video games can be fun in their own right, they can still have major problems and various flaws and can be fairly overrated. It is important to understand this and not just purchase them because it’s another “huge open-world game.”