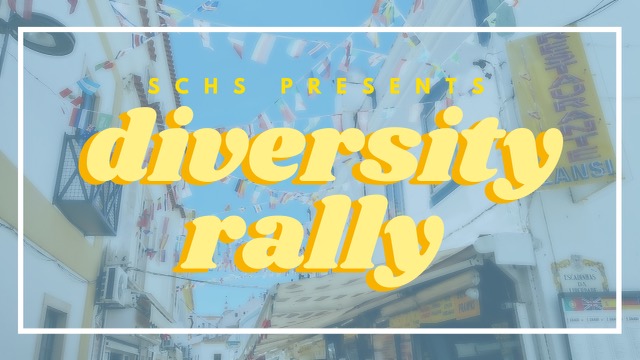 The first ever Virtual Diversity rally was livestreamed through YouTube on Oct. 23.

According to Technology Representative, junior Ethan Buriel, the SCHS Leadership class held ASB meetings every Monday to advance their progress in planning the Virtual Diversity Rally.

“During our Monday meeting, ASB would go over their tasks and what they would want to do, followed by class council then appointed positions,” Buriel said.

According to Buriel, multiple leadership positions, including Technology Representatives, Event Coordinators, ASP Spirit and Entertainment were involved in planning and producing the Virtual Diversity Rally.

“There’s a lot of communication that goes between different groups,” Buriel said.

While planning the Virtual Diversity Week and Rally, Leadership students faced various problems, especially with the limitations of collaborating through a screen. Burial said that setting deadlines to receive video performances from groups on campus was another barrier that contributed to the hardships of planning the rally.

“We struggled the most with getting submissions for performances, so we had to extend the date for our submissions form multiple times,” Buriel said.

Alongside the difficult planning process, being able to keep students’ and staffs’ attention was also a challenge.

“When the whole rally consists on one screen in your quiet bedroom, it’s harder to feel like you’re experiencing a rally,” Pacho said. “It’s just you and your device.”

According to Pacho, there are multiple ways in which students can get involved during the virtual spirit week.

“The biggest way people can participate in the rally is through clubs,” Pacho said. “The reason why clubs are so effective is because club presidents stay in frequent contact with our ASB Vice President, so they know the information,” Pacho said. “We promote flyers a month in advance that tell people when video submissions are due and ideas for videos.”

Club members who helped to make the Virtual Diversity Week happen were able to acknowledge their passion for keeping the school spirit alive, despite not being able to display it in person.

“I wanted to be a part of the SCHS community,” freshman and Chinese Student Association member Nicklaus Chui said. “Though the Diversity Week happened online, students still participated and had the motivation to because of the united Bruin community.”

Many students said that they enjoyed the rally and that watching the livestream was a positive experience.

“I really like the theme layout, and it made me feel like I’m actually traveling around the world,” freshman Minh Anh Dang said.

Even with the missing aspects of a physical rally, students were able to appreciate the work put into the event, and many were pleased with the outcome.

“It was cool to see people are still thriving and that we can still live our lives how we want to even with quarantine,” Chui said.

Senior Lauren Romard found that there were positive aspects to the virtual rally that an on campus rally would not have included.

“I normally only get to see a couple of clubs give presentations at rallies, so it was nice to see more,” Romard said.

The Virtual Diversity Rally brought many other new aspects to the overall rally experience that students were able to enjoy, such as the national anthem being performed in American Sign Language by members of SCHS ASL Club.

“I liked it because I have never seen it done like that before,” junior Matteo Carlini said. “I could tell they put effort into it and I give them props.”

Despite the differences of the Virtual Diversity Rally, Pacho said the student contribution and emotion to the final project showed that the virtual barriers did not stop the Bruin community from taking part in Virtual Diversity Week.

“I beamed whenever I saw the student body promote and participate in our spirit days because it shows that even though we’re virtual, people still care enough to participate and get hyped,” Pacho said. “Our school would be incomplete without them (rallies).”