A&E: ‘Among Us’ unique gameplay provides social opportunities for players 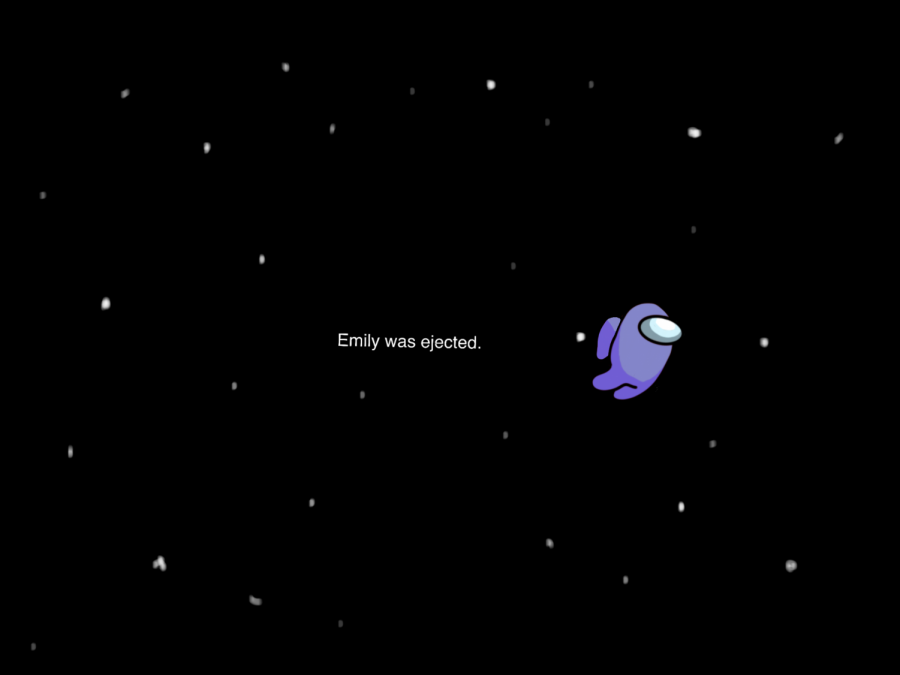 'Among Us' players can be ejected or voted out by players.

The lights dim. An astronaut works frantically at rewiring the electrical in the hanging silence. Suddenly, a looming red spaceman stabs them in the back. The astronaut’s ghost is thrust out of their body – they watch helplessly as the imposter leaves their decapitated corpse lying on the metal floor of the spaceship for someone else to stumble upon.

Watching one’s in-game astronaut be brutally murdered is just another part of playing “Among Us,” a video game full of deceit and lively fun that’s reached the screens of both seasoned gamers and new players alike.

“Among Us” is a multiplayer online game in which players act as astronauts and work together to complete tasks like shooting asteroids, fixing nuclear reactors or emptying the garbage, all while trying to determine which player among them is the “imposter” – an alien life form that looks and acts like a spaceman but secretly tries to kill off crewmates.

Though “Among Us” was released in June 2018, it did not become popular until mid-September of this year. Junior Arshia Delhavi was introduced to “Among Us” through YouTube videos. He is a fan of the simple but distinctive gameplay.

“This game is really unique. I’ve never actually seen any game like this,” Delhavi said. “Especially in 2020 where it’s all about frames, graphics and gameplay. This game has none of that, and it’s still the most popular game right now.”

Delhavi is impressed by the variety of outcomes a typical “Among Us” game might have.

“I feel like what makes it (‘Among Us’) so fun is it’s different every single round,” Delhavi said. “This game never really gets repetitive, and every time, there’s a satisfaction when you find an imposter – you just feel like a detective.”

Seasoned gamer and junior Rebecca Morse believes the simplicity of “Among Us” is what allows both competitive and casual players to enjoy the game.

“It’s a simple game, simple concept. Pretty much anyone can play it because it’s free,” Morse said. “You could just play a couple rounds, or you could play it for a long time. It’s very versatile.”

Many players realize that although “Among Us” has a straightforward concept, there are many opportunities to strategize, especially when it comes to playing as the imposter.

“How to be a good imposter is to never kill in the first round and find an innocent alibi and clear someone so they can trust you,” Delhavi said. “So when it comes to the endgame situation, you have someone who can trust you and not vote you out.”

Senior Ethan Le started playing “Among Us” when it first was released in 2018, when it was still a fairly unknown game.

“A really nice old school (strategy) that would still work is you would go to the opposite side of the map and then sabotage something on the other side,” Le said. “As everyone would run over there, you would pick off anyone who’s left behind.”

Junior Shelby Muñoz has been playing “Among Us” since early September when she heard about it on a Discord server. Munoz does not consider herself a serious gamer but enjoys playing with her friends through the Steam account she recently obtained.

“I realized that there’s this whole other kind of world that I never really experienced yet,” Muñoz said.

Le believes the recent rise in popularity is due to the game’s function as a way for people to socialize while still obeying coronavirus restrictions.

“Now, people want to play games with their friends with games such as ‘Among Us,’” Le said. “It’s what brings people together.”