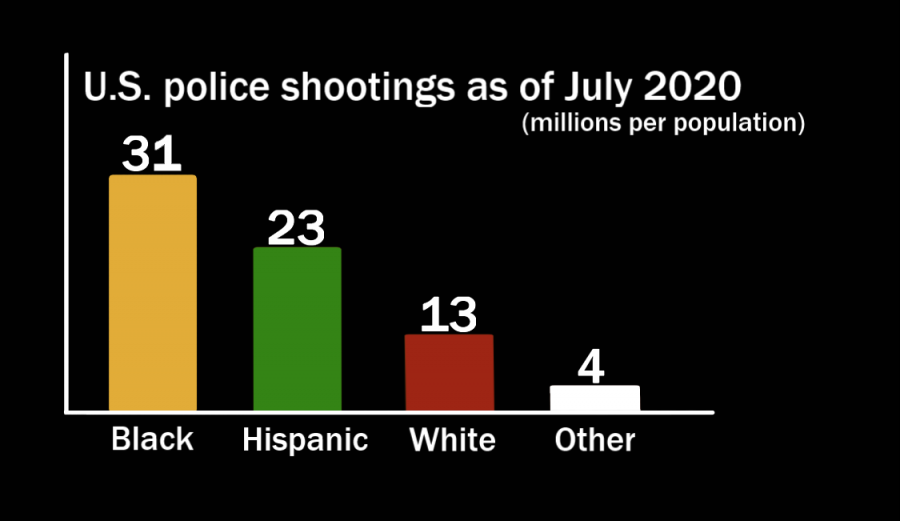 Breana Hobbs
Senior Breana Hobbs is part of the Black Student Union Club, a community where she and other members come together and discuss upcoming events, including their annual mixer, black student month and rally performances. For Hobbs, BSU is a place where she feels safe and supported.

“We are all a part of that club to have others who are like us and to not feel alone, like one big family,” Hobbs said.

Amid the coronavirus pandemic, someone told Hobbs that she lacked a father figure because of her skin color. The situation upset her because the person who said that was not black, thinking that it is appropriate to say that black people did not have parental figures in their life.

“Being a certain race does not mean that you do not have a mother or a father,” Hobbs said.

Hobbs urges others to use the website MoveOn.org to look for opportunities to join campaigns and volunteer on behalf of the Black community.

“If you see something that happens to be racist, step up, be the bigger person, help out the person who is getting discriminated against,” Hobbs said. “Racism is not a joke, and it can affect people’s lives, and if we were just kinder to everyone, it would help to make our world a better place.”

Ayan Mohamed
Throughout her years at SCHS, senior Ayan Mohamed immersed herself in the Black Student Union club and community.

“I finally felt like I had a place to go and share similar experiences with my peers and classmates,” Mohamed said. “I have met wonderful people in this club.”

As the BSU’s historian and social media coordinator, Mohamed created an Instagram page dedicated to informing others about current events regarding Black Lives Matter.

On this page, @_projectra, otherwise known as Project Raise Awareness, Mohamed and her friends post summarized biographies of individuals who were killed by police brutality and include articles to educate people about other issues, including racial justice, violence and poverty.

“My experience with racism, especially in the Santa Clara District, has thankfully been a positive experience. I cannot speak for everyone at the school, but I felt welcomed by all my peers,” Mohamed said. “Most importantly, the teachers and staff at SCHS have been supportive with any problem I face, regardless of how big or small.”

Nevertheless, Mohamed encourages others to educate their friends and families, research about current events, volunteer with the community and help fundraise for people who are at a disadvantage due to race.

In addition, she also wants others to “seek support from (their) family, friends and even our very own Wellness Center that is all about helping others.” Mohamed said.

Anthony Butler
On SCHS’s College and Career Resource Technician Anthony Butler’s way home, a police officer pulled him over. The police handcuffed Butler thinking he was the African-American male who held someone at gunpoint earlier that night.

“So I was in handcuffs on the side of the road for half an hour. After half an hour, they went and got the witness… (who said) it was not me,” Butler said. “And then after that, they (the police) apologized many times… none of that fazed me until I got on watching the news and said, ‘You know what, that could have been another George Floyd.’ It messed me up.”

Butler was disturbed to realize the incident could have gone a different way. When hearing about the deaths of Breonna Taylor and other Black Americans, he sometimes thinks, “that could have been me instead.”

When taking action against racism, Butler believes it is essential to listen to others and understand their experiences. He supports peaceful and nonviolent protests as a method of advocating for change.

“There doesn’t have to be racism. Racism is not something you’re born with. It’s not,” Butler said. “If you get to know someone and communicate with them, sure you may or may not like them, which is fine, but make the effort.”

One day, Henry’s brother was bringing money to the bank after his shift at a Kentucky Fried Chicken in Santa Clara, where he worked as the manager. A security guard jumped to assumptions based on the color of his skin.

“Some guard just looked and saw a Black man near the door with a money bag, and they hit the police button that they were being robbed,” Henry said. “Down on the ground, guns in his face, the whole thing surrounded, and he was just a manager turning in money the way he was supposed to.”

When Henry walks through a store, she always makes sure to carry a basket and tells her children to do the same so it is obvious they are shopping. She recalled an incident when her daughters were followed around a store and accused of stealing by an employee who had falsely accused other kids of color.

“They (the employee) called the police… It was right in front of everybody in the middle of the store,” Henry said. “They dumped her (her daughter’s) purse out and they found nothing.”

Henry’s daughter was frightened, while Henry was upset the store had not called her.

“It is unfortunate to have to tell your children these things, but I believe it is part of living in America,” Henry said. “The most important thing, for me as a mother, is that I teach my children to be safe in society.”

Jamal Howard
Years ago, a diner in Georgia refused to provide service to sophomore Jamal Howard and his mother because they are Black. Howard and his mom had stopped at the diner after visiting his cousin’s house in Moultrie. The hostess – a white woman – told them they had to leave despite the fact that there were plenty of unoccupied and unreserved seats. All of the eight customers in the diner were white.

“We left because we did not want to cause a scene,” Howard said.

Howard often posts on social media to raise awareness about racism and said that https://blacklivesmatter.com/ provides many helpful resources where people can find information and donate to the cause.

“This movement (BLM) is not a joke, and people who are not taking it seriously say that it is not significant, or there is no purpose,” Howard said. “We are all people, and Black people are being mistreated, shot and killed just for the color of our skin.”