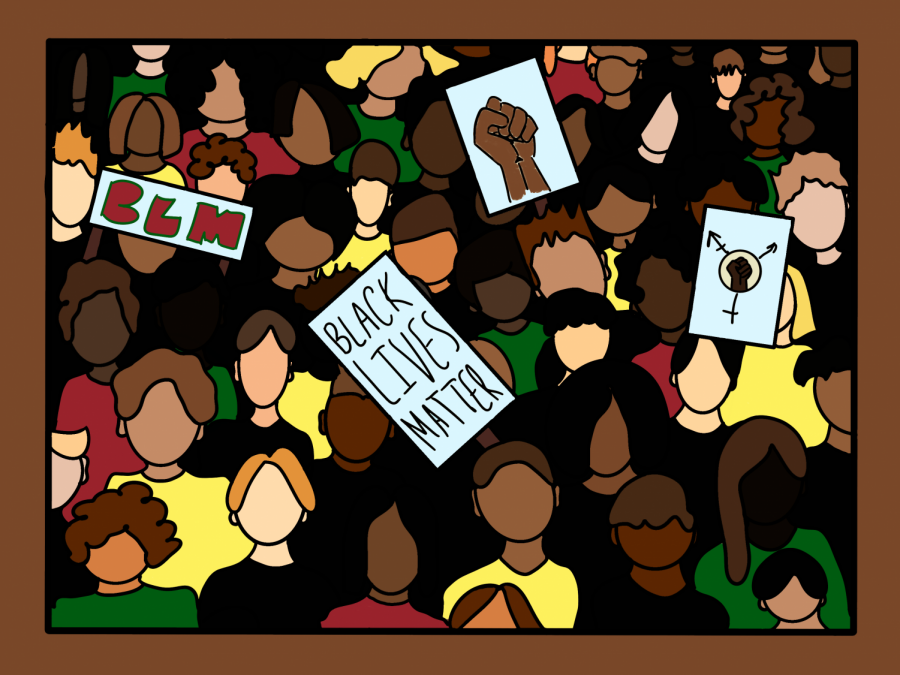 From nationwide protests to educational infographics and resources overtaking the internet, many argue that systemic racism is a real and important issue. Structural, institutional, and systemic racism broadly refers to the system of structures that have procedures or processes that disadvantage African Americans, according to associate professor of political science and director of the James Weldon Johnson Institute at Emory University, Andra Gillespie.

“It would expand people’s mindsets and let people who don’t experience racism to somewhat understand what is happening,” Soterwood said.

Social science teacher Karen Henry described systemic racism as racism built into the structure of society. According to Henry, racial prejudice was present in America as it was developing into a country, and it is now ingrained in American society. Slavery and the period of Reconstruction are examples of systemic racism’s continued presence.

“The way I look at it … when people of African descent were supposed to be considered citizens, equal citizens in the country, there were things that were done to keep them in a lower status economically, and that’s going to be the systemic part of it,” Henry said.

According to social science teacher Christine Byerley, many Black Americans are living in areas that are more subject to poverty and crime, resulting in an education system that does not receive an equal amount of funding through tax dollars. Further, because many Black Americans are living in higher crime areas, the news often portrays them as criminals, creating an ethnic bias in other people, whether those people are voters, educators, police or judges.

Senior Stephanie Kuh acknowledged that systemic racism has worked in her favor against the favor of other Americans due to her background and seeks to fix the inequality.

“I have to recognize as an Asian-American woman, I have certain privileges of systemic racism,” Kuh said. “It’s my obligation to break down barriers and to help people overcome those systems that are racist.”

As outrage swirls surrounding the pervasive endurance of systemic racism, education on the topic seems more important. According to Henry, however, the topic of systemic racism is not present in her subjects’ required curriculum. Although teachers do not decide what the curriculum consists of, Henry believes this absence may be due to student discomfort from the conversation of racism that they have unknowingly benefitted from.

“I think we should be careful about giving public curriculum a title such as ‘Systemic Racism’ because it might alienate some people,” Henry said. “Not everyone sees or wants to see racism in that light.”

Henry believes that it is important for people to learn about systemic racism so that they can better identify it. She also believes in taking the necessary political steps to amend racial disparities.

“It is important for people to see it and to learn about it so that they can get better at spotting it,” Henry said. “Then getting rid of it by doing whatever political steps are needed to rectify the discrepancies in society.”