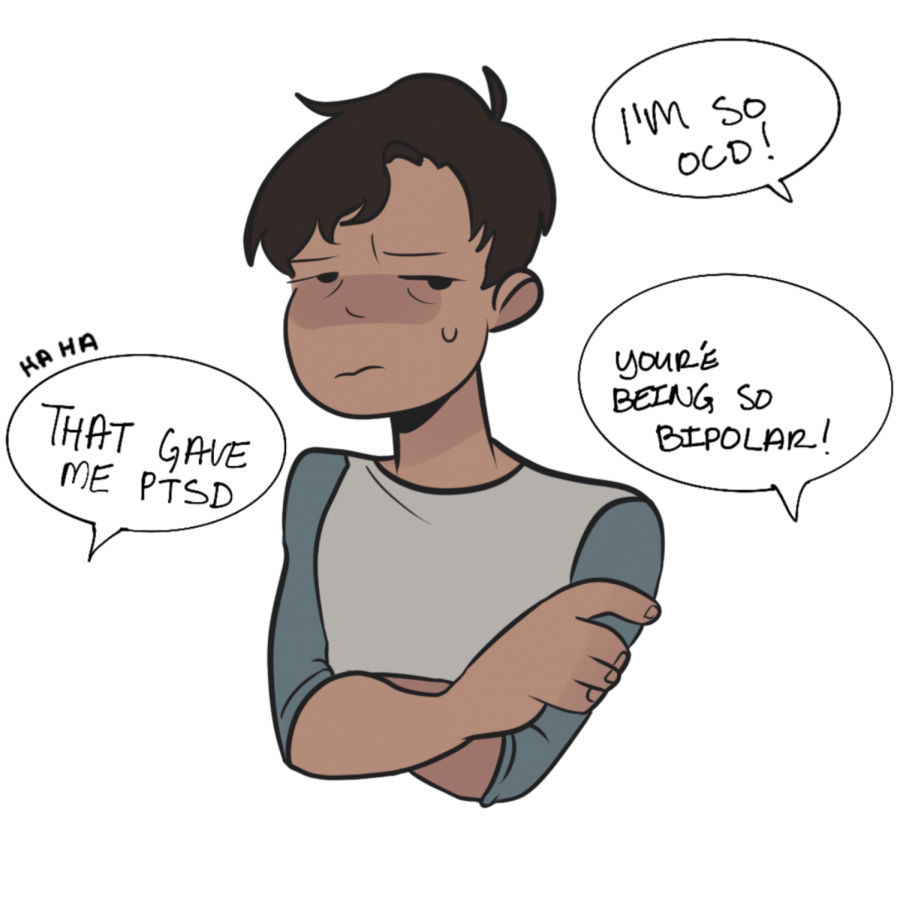 “I’m so OCD,” says a young woman as she meticulously lines up her pencils, but her use of this term is inaccurate and harmful to those who actually struggle with the disorder.

Mental health terms are often used in casual conversation by individuals who do not have the disorder or symptom, either as hyperbole or because of sheer ignorance.

This harmful tendency spreads misinformation about the definition of the terms. For example, OCD, or Obsessive Compulsive Disorder, is defined by the American Psychiatric Association as a “disorder in which people have recurring, unwanted thoughts, ideas or sensations (obsessions) that make them feel driven to do something repetitively (compulsions)…” When those who are merely organized call themselves “ODC,” they are not using it accurately, and this trivializes genuine struggle.

Some other commonly misused terms are “bipolar” and “PTSD.” Bipolar disorder, also called manic depression, is defined by the APA as a “serious mental illness in which common emotions become intensely and often unpredictably magnified.” Despite this, people tend to label their general mood swings as bipolar disorder.

PTSD, according to the APA, “is a psychiatric disorder that may occur in people who have experienced or witnessed a traumatic event.” It is often characterized by distressing flashbacks, but some tend to appropriate it to mean a negative experience or memory. Those who misuse PTSD eliminate the real challenges faced by those who suffer with the actual disorder.

These are serious mental health issues, and the terms for which should only be used in the appropriate context. Otherwise, using these terms comes off as trivializing the struggles of people afflicted by them.

Once these mental health terms are used in casual conversation, people who have been diagnosed with the disorder may be less likely to open up. They potentially wouldn’t feel like they would be taken seriously, or they could feel invalidated.

If there is genuine concern regarding a potential mental health issue, researching the subject and consulting a professional is advised. These steps help to avoid using inaccurate terms and further validate those who actually have symptoms or a diagnosis.