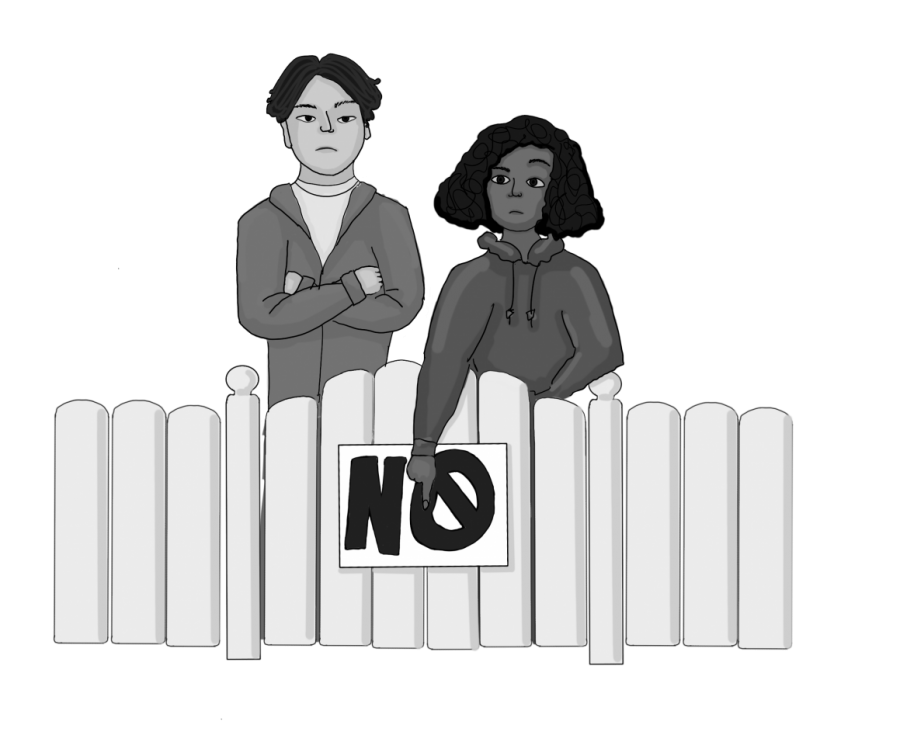 Gatekeeping is a common phenomena in online communities that involves a single person thinking they get to decide who does or does not have the right to access a community or identity.

Many teenagers are expressive, and gatekeeping is common in teen communities. Displaying interest in communities centered around topics like music, gaming, fashion and art are part of that expression. Gatekeeping, however, limits or even discourages some people from engaging with those communities.

Interacting with subcultures is a good way to find what suits an individual. Gatekeepers tend to believe some subcultures are elite or superior to others and will cyberbully people for not conforming to their narrow views.

Cyberbullying can manifest in various ways, from rude comments to doxxing, which is when a person’s personal information, such as their address or phone number, is leaked to a large audience. In some scenarios, creators on platforms such as TikTok may lose support due to cyberbullying.

Fashion, a prominent form of expression, can be heavily gatekept, particularly in line with gender roles. Typically homophobic or sexist people tend to gatekeep “feminine” clothing for women and “masculine” clothing for men. Gatekeeping a style of clothing because it is seen as masculine or feminine hinders the self-expression of trans and gender non-conforming people.

Typical feminine or masculine hobbies are seen as off the table for trans and gender non-conforming individuals. Hobbies like sports are often gatekept from women, the gatekeepers claiming that women are “unladylike” if they play sports, or they are “less skilled” than their male counterparts. Likewise, when men wear makeup, there is a certain amount of stigma and criticism because makeup is traditionally labeled as feminine and advertised to women.

Sometimes certain communities have rules, and in this case, gatekeeping to an extent is necessary. For example, the punk community is extremely leftist and advocates for beliefs like All Cops Are Bastards and Antifa. Because the punk community is rooted in leftism, there cannot be rightist punk members, and they would be considered attention seekers. Since the communities are built around a specific ideology, gatekeeping is justified.

In certain cases, gatekeeping protects a group’s values. However, gatekeeping is mostly unnecessary, creating a toxic environment in a space intended for inclusivity.