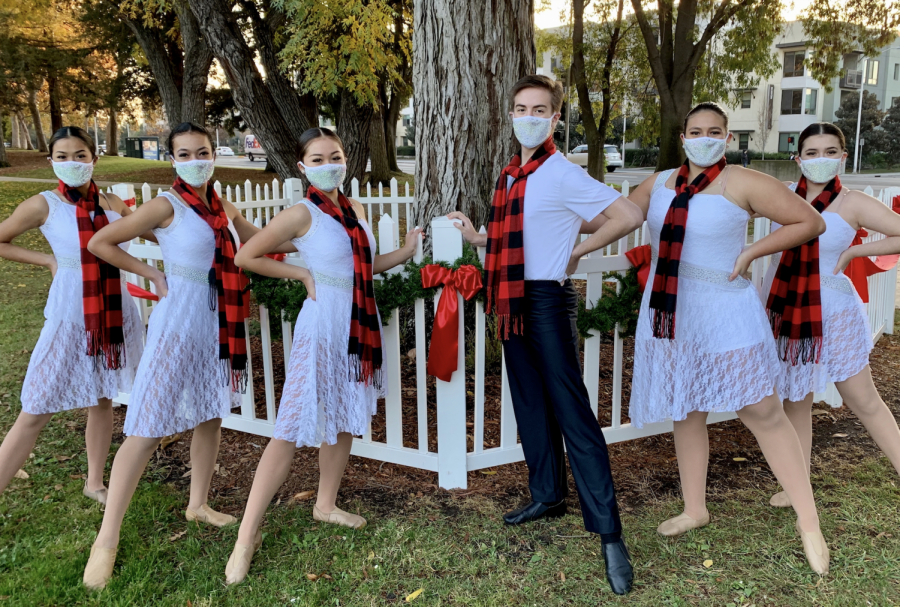 The Tree Lighting ensured safety for community members, but the virtual component discouraged others. Many members of the Santa Clara community and organizations, including the Roberta Jones Junior Theatre and the Community Recreation Center, felt dispirited about the event due to the fact that they could not perform live in front of an audience like they normally would.

“It’s a bit disheartening. I don’t want it (in-person Tree Lighting) to happen just because it’s not a good idea, but if it was happening, I would be very excited,” SCHS freshman and RJJT member Lana Satana said. “It’s better the way it is right now.”

Though some performers are upset, others people’s spirits remained strong for their virtual performance.

Despite performing, Morris feels that the lack of a live crowd had a big impact on her mindset. With viewers watching from behind a screen, she said there was less of a connection between her and the audience.

“I guess the main thing for me is an audience is a big part of performing as you build off of their energy,” Morris said. “With an audience there in the moment, it’s easy to always go all out and perform your best with the people there.”

Morris had to film her performance ahead of the event, allowing her to film multiple takes and solidify her work before submitting her final result.

“I’d also say now since we’re filming it, it does take away some of the nerves related to it (performing live) because there’s not as much at stake because of only performing once. We do it and film multiple times,” Morris said.

Not only were performances set up uniquely different, many believe the Virtual Tree Lighting could not provide the usual social setting this year.

“It (performing at past tree lightings) was a really nice way to meet up with friends,” Satana said.

In past years, multiple parts of the community would come together to partake in the Tree Lighting event. The Buchser Middle School music program commonly performs at city events, was especially let down this year.

According to BMS music director Tim Bacon, the Tree Lighting is the music program’s most important performance of the year. The event includes their largest fundraiser – the kettle corn booth – and a chance to showcase their work for friends and family.

“Sometimes when a community performance comes up, it’s easier to take for granted, but in a lot of ways, those are probably even more important than the other gigs we do just because we are reaching beyond our Buchser bubble,” Bacon said.

“I feel sad knowing the Christmas Tree Lighting tradition will not be kept up. I’m hopeful, though, that next year maybe we will be back to normal,” Subramanian said.

Though many are sorrowful for the disadvantages of this year’s event, Subramanian pointed out a benefit of going virtual.

“It’s actually easier to learn and keep up with (choir) work at home virtually, in my opinion,” Subramanian said. “We are more comfortable and relaxed here, so I feel it’s easier to learn.”

In addition to Tree Lighting, the BMS music program has missed multiple performances since the pandemic hit.

“In a broader sense, it’s definitely disappointing to lose that experience, to share your gifts with Santa Clara and to really bring a lot of joy and happiness to the people that live here and the people that go to that event,” Bacon said.

Along with the Buchser music program, RJJT has also missed out on performances during the pandemic.

“RJJT is not doing anything (for the Tree Lighting) as far as I’m aware. They really put a pause on musical theater things,” Satana said.

With the disadvantages of this year’s Virtual Tree Lighting, many Santa Clara community members are hopeful the Tree Lighting will take place in the future.