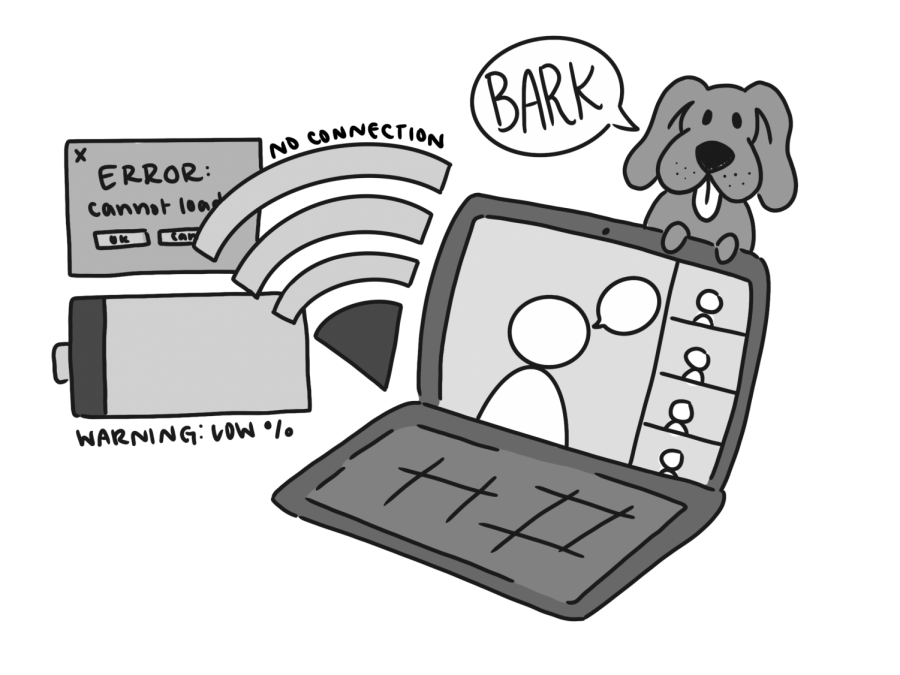 Senior Zoe Tong struggles with Attention Deficit Disorder, which has made her experience with distance learning extra difficult.

“I have ADD, Attention Deficit Disorder, meaning I get distracted by the drop of a pen,” Tong said. “For example, my neighbor was washing his car. If he was washing his car during class, I am more focused on what they are doing outside than what the teacher is saying.”

For Tong, small distractions that normally would not occur in a physical school setting have added an extra layer of stress to her education.

In addition to her struggle with ADD, Tong also has shaky internet connections that obstruct her learning.

“Around six period it (the WiFi) cuts out, which I assume is when most people in the house are using the internet, around like noon to one,” Tong said. “At that time, my Chromebook will disconnect, and it will make it hard to understand what is going on.”

Even with frequent challenges, Tong appreciates the teachers who recognize students’ struggles.

“It is nice that the teachers take it into account of people who can’t focus, who have internet issues and can’t really be present in class,” Tong said.

Senior Cedric Julian Briones has found that some teachers are understanding, while others are less flexible. He notified some of his teachers about his problems with internet connection since distancing learning started back in March.

“I remember I was late to one of my classes because I have internet issues, and (my teacher) got mad at me because I wasn’t able to say it in the chat box… it was when the Comcast was down,” Briones said.

Briones’s internet, however, does not only cut out when a server goes down. He said the issues are frequent and regular.

Junior Anmol Singh has also had issues with the internet, as well as his school-issued Chromebook.

“I had to switch to an actual computer. I wasn’t able to be on two tabs and be on the call. It would lag out,” Singh said. “Sometimes if my internet cut outs, it won’t let me join back. The teachers probably think I’m making an excuse not to come back to class, and I’ll ask for an extension sometimes… They won’t even give me that.”

According to Singh and junior Josh Bayog, teachers and SCUSD have not been taking the students’ issues into account.

“I feel like the district should listen to the students more on how they feel,” Bayog said. “This is a stressful time, and when teachers assign massive amounts of workload, it just builds upon the stress we already have.”

For some teachers, however, like social science teacher Carole Schmale, the struggle to teach has been as difficult as their students’ struggle to learn.

“My most recent challenge has been teaching with a lack of childcare. My husband is an essential worker, so he has been back to work since May,” Schmale said. “We hired a nanny to watch our two daughters who are three and a half and two, but she was recently exposed to COVID-19 and has been quarantined.”

Schmale must balance her attention between her children and her classes, which makes online teaching and grading more of a struggle.

“With my recent childcare challenges, it has been even more difficult. I usually grade while students are working independently in class,” Schmale said. “But now I am changing diapers, getting snacks, cleaning up my daughters’ messes. I have been doing most of my grading after school and on the weekends.”

Despite her challenges, Schmale said her students are understanding of her situation and want to succeed in distance learning.

“I am very proud of my students. This year has been challenging, but they have persevered.  They are still coming to class every day,” Schmale said. “I have perfect attendance most days. They are still turning in work and trying to improve their grades.”