FOCUS: Reflections on the 87-year legacy of the ‘Notorious RBG’ 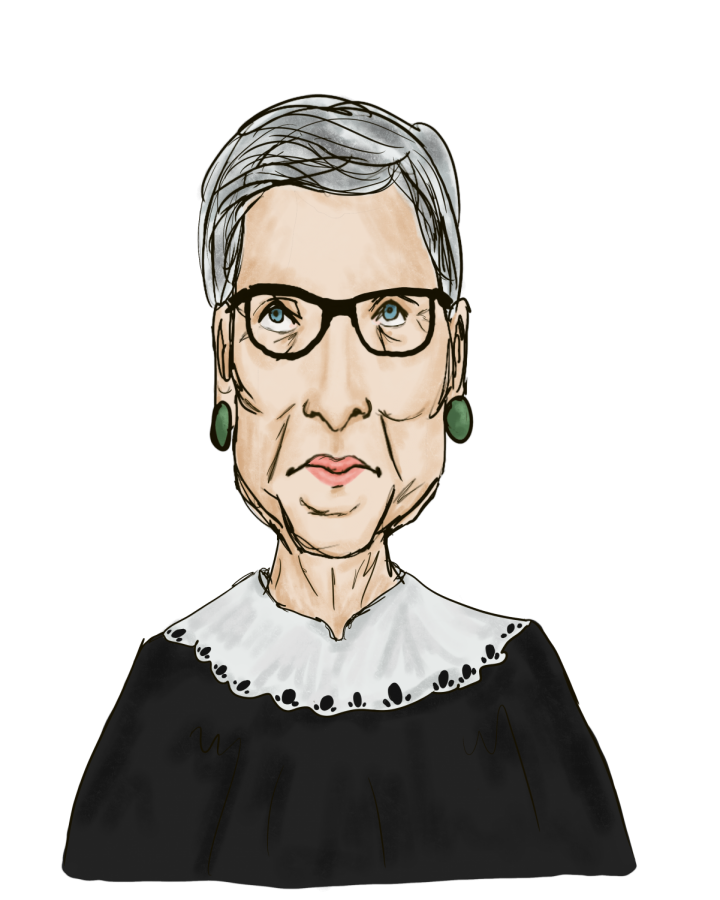 The late Associate Justice Ruth Bader Ginsburg, famously known as the Notorious RBG, paved the way for Americans through her influence in the Supreme Court as a leading voice for gender equality and civil rights. For decades, Justice Ginsburg spoke on behalf of underrepresented groups, including women, minorities and the LGBTQ+ community. She believed that equality was an essential part of human rights when it came to education, marriage, work, healthcare and more. Prompted by her disadvantage as a woman, Justice Ginsburg envisioned that Americans would promote equal opportunity to avoid judgement and discrimination.

Now, after her passing in September 2020, students and teachers reflect on how Justice Ginsburg’s actions before and during her time on the Supreme Court have made a lasting impression on them and American history. Young female students like senior Vivian Tran find Justice Ginsburg’s advocacy for gender equality inspiring.

“I think she was a great role model when it comes to young girls trying to break through in a male dominated field,” Tran said. “She fought her entire life for what she thought was right, something many people are too afraid to do.”

Justice Ginsburg’s most impactful actions for equality, however, took place while she was a Justice in the Supreme Court. In United States v. Virginia, Justice Ginsburg wrote the majority’s opinion, stating that a Virginia institute’s male-only admissions policy violated the 14th Amendment’s Equal Protection Clause. She argued, “There are women who are ready and willing and able to undergo the tough training at VMI and they want that opportunity.” Through her explanation, she helped shape university admissions policies to be more inclusive of women.

Freshman Maleeha Lateef believes that this ruling laid the groundwork for other gender-issued cases in which Justice Ginsburg was a part of, such as Obergefell v. Hodges.

“The case was monumental,” Lateef said.

Before Justice Ginsburg’s presence on the Supreme Court, some Supreme Justices tended to follow the old and original thinking of the Bill of Rights and the Constitution, in addition to holding traditional views on gender. But Justice Ginsburg was different. In 2015, she helped overturn bans against same-sex marriage in states in Obergefell v. Hodges. Through her statements in the court, Justice Ginsburg redefined marriage to not be limited to the union of simply a man and a woman. She fought for the freedom to marry, a liberty that old laws did not allow.

According to English teacher Hanna Anderson, Justice Ginsburg’s moral standards paved the way for women who sought to push past gender roles and boundaries.

“Ginsburg strongly believed in what was humane instead of following archaic and outdated laws,” Anderson said. “She was a warrior for female rights but also human rights. I greatly admire her for that.”

Justice Ginsburg additionally advocated for the rights of people with disabilities, as seen in Olmstead v. L.C.  in 1999. She felt they deserved appropriate care for their needs by living, working and thriving in the community instead of being placed in isolated institutions. According to Disability Rights Oregon, Justice Ginsburg wrote that institutionalizing people with disabilities meant that everyone else is “incapable or unworthy of participating in community life.”

Ultimately, Justice Ginsburg emphasized inclusion and opportunity as a Supreme Court Justice. She is a role model to those who wish to follow her footsteps and honor her legacy of fighting for equality.

“Her presence itself on the Supreme Court was inspiring, as a small old woman who didn’t seem to be very threatening,” Tran said. “Looking at her, you wouldn’t know what she was capable of.”