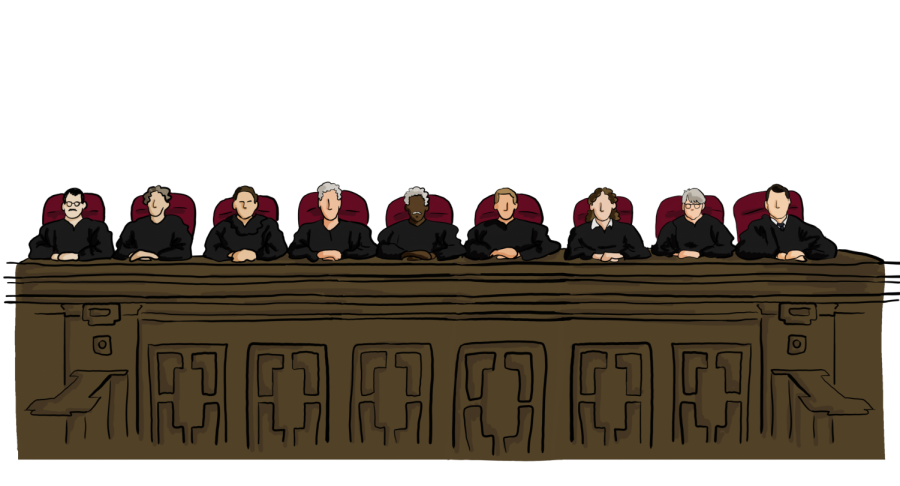 Multiple cases of racial segregation at public schools in Kansas, South Carolina, Virginia, Delaware and Washington D.C. were consolidated into the monumental Brown v. Board of Education case in 1954. The case overturned the 1896 decision in Plessy v. Ferguson in a unanimous decision under Chief Justice Earl Warren that “separate but equal” educational facilities cannot fundamentally be equal, citing the Equal Protection Clause of the 14th Amendment.

In Pennsylvania, a statute required public schools to read a Bible passage at the beginning of each school day, and the Abington School District wanted to enforce this practice. The district court, however, ruled the practice unconstitutional under the First Amendment and this case, combined with a similar issue in Maryland, went to the Supreme Court. The Court ruled that enforcing prayer and religion in public schools is unconstitutional.

A high school student, TLO, was forced to give her purse to the school’s vice principal after getting caught smoking cigarettes. The vice principal searched her purse and found a small amount of marijuana, and the student was charged and expelled. TLO’s lawyer argued that the search violated the student’s Fourth Amendment rights. Although the court believed that TLO’s sentence was reasonable considering the circumstances, they ruled that the Fourth Amendment applies to school officials, and students have protection against unreasonable searches and seizures.

When students applied to schools in the Seattle School District, the district used tiebreakers to decide which students would be admitted to certain schools. One of the most important factors in the decision process for the district was to maintain racial diversity. A group called Parents Involved in Community Schools, sued the Seattle School District because they believed that this violated the Equal Protection Clause written in the 14th Amendment. In a 5-4 vote, the Supreme Court declared that affirmative action in public schools was unconstitutional.