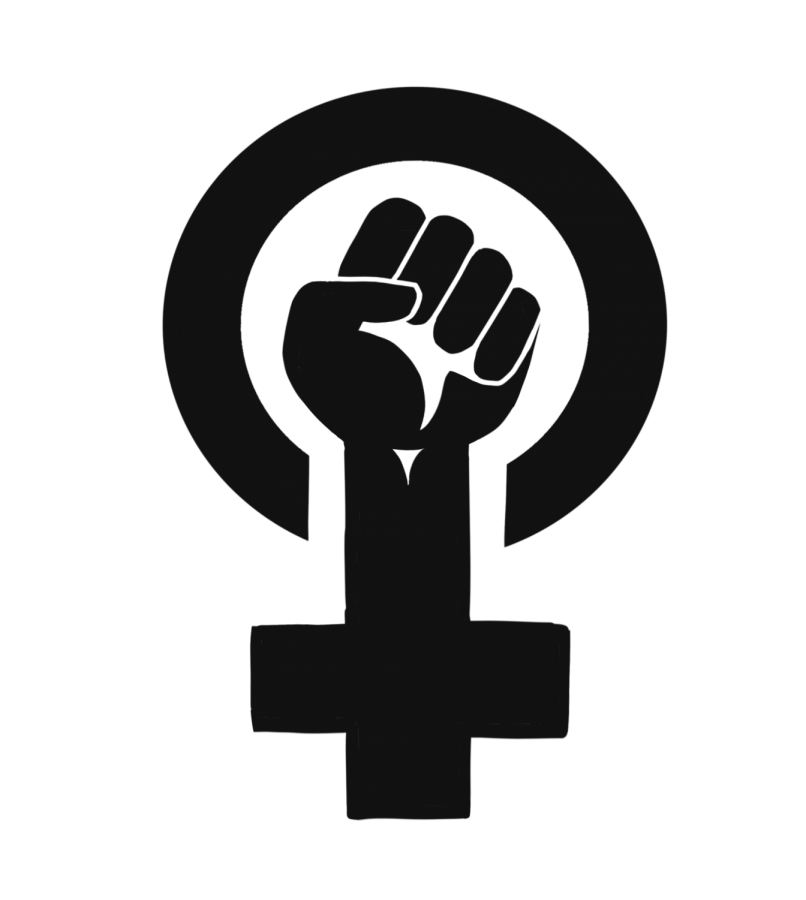 Womxn. No, it’s not a typo. It’s a spelling that many feminists believe should be used more often. The term “womxn,” as opposed to “women,” challenges the patriarchy and includes identities that are deemed “different.” It promises inclusivity and independence, broadening the scope of womxnhood.

The term has been recently popularized by Sarah Faith Gottesdiener, an artist in Los Angeles, who read widely about lesbian communes in the 1960s, ’70s, and ’80s during work for her master’s degree in design at the California Institute of the Arts. Part of her thesis project showcased several variants of the word “women,” including “women,” “wimmin,” “womin,” “womyn” in blue and yellow letters printed on silk.

After Gottesdiener graduated, she printed the design on T-shirts that popped up on Instagram, at political rallies and in stores like Urban Outfitters. Gottesdiener, who makes popular artwork “based on the spiritual, feminist and mystical,” more recently created a new design based around the word “womxn.”

With feminism becoming increasingly intersectional, this modification not only portrays women as an independent gender by removing the ‘man’ in ‘woman,’ but also includes non-cisgender womxn who are otherwise shamed by a vast majority. This spelling is to empower women of all majorities, minorities, groups, and ethnicities alike. The term “womxn” is inclusive to trans womxn, womxn of color, and essentially reclaims the word “woMAN” for them to own and redefine. Strong, independent, and diverse: “womxn” is inclusive. Womxn is empowering. It is not just about replacing an “e” with an “x.” It’s about what vast manifestation this small transformation has.

Language is not just about what is read and written. It is much more. The “x” makes it clear, once and for all, that womxn are far beyond the identities and roles that have been assigned to them. This swapping of letters promotes inclusivity and breaks free from the linguistic and patriarchal norms. By removing the suffixes “-man” or “-men,” womxn show their refusal to be defined by a man.

The end goal of this change is to propel society into a place where inclusivity is the norm and exclusivity is shunned. The power of language in adjusting perceptions is an important aspect of making change. Simply altering the root of a word that signifies so much can start a movement to raise awareness about diversity.

Although it may take a while for society to adapt to womxn, it will be worthwhile to ensure that inclusivity of all kinds of people is prominent. Recognizing that the history of feminism has included racism, transphobia and gender-binary views is important. Today’s feminism should be as inclusive and intersectional as possible. To that end, it is crucial to use language that is as inclusive as possible.