OPINION: Yubo is not social media, but a monetized dating app for teens 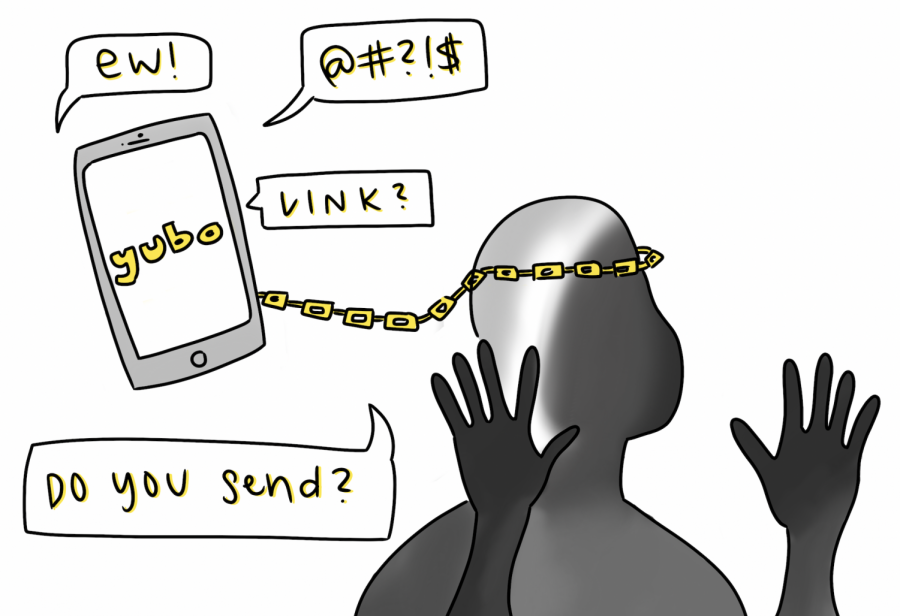 Yubo is a free app that advertises itself as a place for teens to meet new people from all over the world, but is actually accompanied by many safety hazards.

Bored from months of social isolation while in lockdown, a teenager downloads Yubo, an increasingly popular app that boasts users the promise of meeting like-minded friends to chat with. She meets Greg, an 18-year-old guy from New York, and they hit it off instantly. She decides to video call him. To the teenager’s horror, she comes face-to-face with a 45-year-old predator.

Similar experiences have occurred with many underage Yubo users, such as a Florida incident where a 13-year-old was catfished by a man twice her age, according to ABC27 News, yet the app remains largely popular among teenagers. Forbes.com reports 30 million users as of April 2020 and an influx of activity amidst the COVID-19 pandemic. Although the app is marketed as a social media that provides its users with new friendly faces around the world, Yubo, in reality, is a shallow and potentially dangerous dating app for teens that charges its customers for its use.

Befriending strangers on this app has two main methods: one being a swipe-right or swipe-left system that is identical to that of Tinder, an adult dating app, or joining random people’s livestreams to chat with them through text or video. Users create a profile that features their name, age, location, biography and a couple of photos and videos to show their appearance.

Yubo has an age requirement of 13 years, making it widely accessible, and has made a statement that “to further protect young people, teenage Yubo users have their own community that is separate from adults who use the app.” The only required verification, however, is a phone number, which makes it easy for adult predators to create false underage identities and potentially catfish teens. Genuine teenagers who use Yubo are at risk of unknowingly meeting and being groomed by predators.

Even if a user were to not encounter an adult predator, the social environment of Yubo often makes for a disappointing experience for users who wish to make friends. Yubo is known as a “casual hookup site” reported Seventeen.com. “Creepers own cell phones too, so you have to be careful.”

Many teenage users take part in establishing the online hook-up culture themselves, such as explicitly asking their new Yubo mutuals for nude photos or sex. The common judgment on the appearance of prospective friends additionally contributes to the shallow nature of the app.

Yubo is not only a dangerous yet alluring app to lonely teens but also a money-hungry business that seizes opportunities to charge their users. In order to view someone who has “swiped right” on their profile, users must pay either a one-time fee, or purchase a monthly membership with the app to properly use all its features.

Users additionally have the choice to post a Yubo advertisement on their Snapchat to temporarily view a limited number of people who have “swiped right” on their profile. Yubo also profits off its users by allowing them to purchase a “Spotlight” where their profile will be broadcasted to many other random users at once for a short time period. Last November, Yubo raised $47.5 million and expects to generate $20 million by the end of 2020, according to TechCrunch.com. Essentially, Yubo users must pay to make friends.

But with payment comes product. Some users have found a significant other or a close friend on Yubo and have had an overall safe and positive experience. The glaring risks that come with using the app, however, outweigh possible fruition when it comes to personal safety from predators and unwanted provocative encounters. Spending the amount of money and time required to actually find a friendly face is simply not worth it.

There are many ways to meet others and grow connections with real people, with more reliable social platforms like Instagram, where it is easier to spot catfishes, or simply meeting people in real life. The use of Yubo is unnecessarily expensive and potentially harmful to one’s well-being.