OPINION: The American people must come together to fight the Capitol Hill insurrection and solve the problems surrounding it 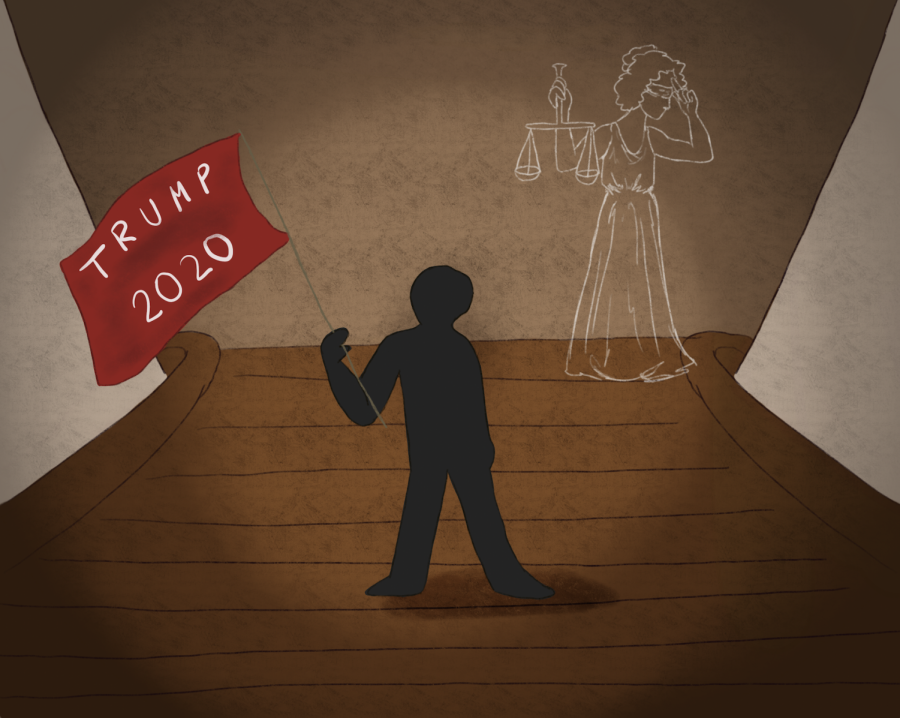 At 11 a.m. (PST) on Wednesday Jan. 6, rioters stormed the steps of the U.S. Capitol building in Washington, D.C. demanding that 2020’s election results be overturned, citing baseless electoral fraud claims peddled by President Donald Trump. These actions resemble those of an attempted coup and are a threat to American democracy.

Ever since the results of the Nov. 2020 election were finalized, Trump has refused to concede, leading to unprecedented legal complications with questionable constitutionality. According to Forbes.com, Trump has claimed that “the country’s voting machinery, run by Dominion Voting Systems, was manipulated to delete millions of votes for Trump.” This statement, among others, was made without a single shred of evidence. Claims like these have led to the crisis on Capitol Hill and are an example of Trump’s unsuccessful attempts to derail American democracy.

The GOP is also at fault for the Capitol Hill crisis as many Republican politicians have continuously expressed support for President Trump’s electoral fraud claims and have led a congressional effort to overturn electoral college votes. Sen. Ted Cruz (R-Texas) has claimed that the dismissal of election fraud “does damage to our democratic system” and continues to spearhead a committee to investigate election fraud with no evidence. Other politicians such as Rep. Paul Gosar, a Republican from Arizona, have called for a full audit of electoral proceedings whilst rejecting Arizona’s electoral college votes.

Not long after the protests started, violence ensued as Trump supporters turned rioters stormed into the Capitol building. Police quickly retreated, claiming this was a “tactical decision,” yet, compared to police response in cities such as Seattle, Portland and Kenosha, where peaceful Black Lives Matter protesters were met with violence, the events on Capitol Hill explicitly demonstrate the effects of white privilege and police sympathy towards white supremacists. With no clear indication of how many police officers support President Trump, it is important that police react to all citizens in identical ways, preventing bias.

To combat the Capitol Hill crisis, Republicans must denounce rioters, unifying with Democrats to reduce support for the rioters and casting them as enemies of American democracy. Multiple Republicans were quick to condemn the riots, such as Sen. Mitt Romney (Utah), Rep. Mike Gallagher (Wis.), Vice President Mike Pence, and Sen. Majority Leader Mitch McConnell (Ky.). As politicians continue to condemn the riots, some Republicans have yet to take a stance when doing so has never been more crucial.

Politicians, regardless of affiliation, must call on other politicians and the American people to fight this attack on American democracy as the rest of the world watches. Republicans must come to their senses and gain the courage to condemn electoral fraud claims as their indecision continues to incite violence. Police officers must also hold other biased police officers accountable to increase faith in the police and prevent future riots. The call to action has never before been so urgent on American soil.