OPINION: Alternative? Or desperately reaching to be? 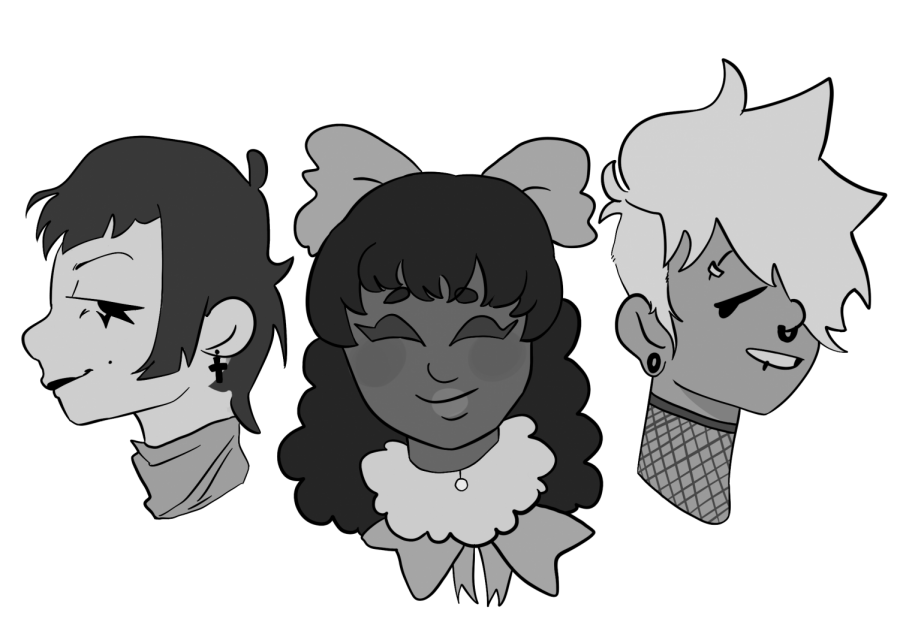 The Alternative community has gained more popularity and recognition in the past several months due to the way TikTok and Instagram has expanded the group’s exposure to the mainstream. Although the Alt community is rooted in straying away from mainstream fashion and ideals, there is controversy over whether some new aesthetics that have been created in recent years can actually be classified as Alt.

According to Apparel Search, an Alternative or “Alt” aesthetic describes clothing that does not conform to society’s standards so much that Alt people tend to stand out from everyone else. There are many subcultures of the alternative style, such as traditional goth, 2000’s emo, steampunk, clowncore and Japanese Lolita. Certain popular styles that are currently trending, however, are incorrectly identified as alternative, such as the indie and E-girl aesthetics.

According to Aesthetics Wiki, indie is characterized by wearing baggy jeans and heavy blush and radiating vibrant vibes, among other niche aesthetic choices. It has become a popular look among teens on TikTok. Those who embrace the style often use an intensely saturated photo filter called Color Customizer, which led to them being called Color Customizer people. Additionally, music genres like surf rock, alternative rock and alternative are considered indie. Artists like MacDemarco, Surfs Curse and Current Joys fall into this category.

With this in mind, it is important to note that being indie does not make somebody Alternative because indie has become extremely mainstream over the past few months. Kids dressed in indie styles are commonly found on TikTok and Instagram calling themselves Alt when they are only sporting baggy jeans and tight shirts.

E-girl is not an alternative style either. E-girls, who tend to wear bold eyeliner, striped clothing and black skirts, are now common on social media. This style became popular in late 2018 to early 2019 and has been growing in popularity ever since. Again, E-girls are not alternative, as alternative means straying away from the norm, not embracing something that is popular.

Wrongfully labeling styles as alternative is disrespectful to people who authentically fall under this category because it erases their subcultures and communities. For example, despite some visual similarities between E-girls and goths, the E-girl style is more socially acceptable than goth style. Therefore, goth is alternative while E-girl is not, otherwise it is a complete erasure of actual gothic people. It is common for people to group subcultures of goth with other mainstream styles as well. It is important to note that the ideologies between the two differ. According to Dictionary.com, in an article titled “E-girls and E-boys,” E-girls are known as internet girls who play lots of video games and watch anime. Basic goth ideology is different. Goths emphasize aesthetics and individualism, with more diversity of sexual identities. For most subcultures of alternative, tolerance for individualism and emphasizing creativity is very common.

The larger problem, however, is that some Alt people are criticized or made fun of by others, many of whom identify with the indie and E-girl aesthetic. The purpose of being alternative is straying away from the norm and expressing oneself, and within the actual Alt community, there is a low tolerance for bullying. The Alternative community is supposed to be a safe space, but when kids who falsely claim to be alternative and proceed to make fun of the other people, that is a disruptive problem within the community. Mainstream styles cannot be considered alternative because they are popular and trendy. There is a difference between alternative and desperately reaching to be.