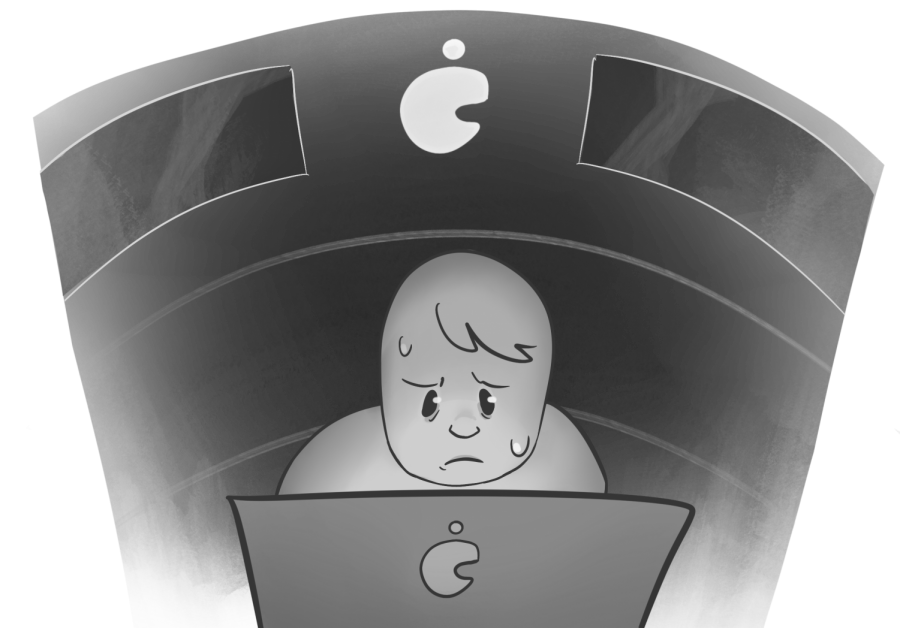 Many students in the Bay Area find they experience an extra pressure due to the success of large companies being close to home.

In recent history, the San Francisco Bay Area has become the pinnacle of the world’s tech industry as it is home to various major tech companies and conglomerates. Due to the proximity of the companies and the example set by their parents, many youth in the Bay Area, including some SCHS students, feel they have had a heavy weight placed on their shoulders to succeed. For some, these standards have bled into the general psyche of the area and can lead to high amounts of stress.

“The pressure mainly comes from the environment of the Silicon Valley, which is quite competitive,” freshman Asher Dubin said. “It’s influenced me to put pressure on myself, and I now feel as if I have to do everything perfectly.”

Dubin believes this heightened standard is due to the amount of large conglomerates based in the Bay Area. He said that as students may view future employment at these companies as the peak of success, competition starts to form.

“Since there is so much competition here, students feel as if they must go above and beyond to succeed, and they often learn new things in the process,” Dubin said.

For some, the compulsion to take on the maximum amount of rigorous coursework and extracurricular activities can stem from the environment created by other students.

“Most of the people I know get outstanding grades,” sophomore Sofia Porras said. “I don’t want to be left behind.”

Alongside the general and peer pressure of the area, some students feel they are often encouraged by teachers to constantly succeed as they are sometimes held to unrealistic expectations.

“I also think that some of this pressure comes from teachers. They expect us to maintain a good grade, and they give us a lot of work,” sophomore Sofia Morales said. “They also expect us to have good mental health and get out of the house, but the work that they give us takes all day and it just drains us and is stressful.”

Some students are starting to feel as if they have no escape from academic pressure.

“I knew so many students that would lose sleep, give up free time and become depressed trying to keep up and outperform their peers because of the competitive academic environment,” senior Stephanie Kuh said.

Kuh believes that schools should be held to a higher standard for dealing with mental health issues.

“I would like to see change in action from school administrators and teachers,” Kuh said. “Not just five minute mental health breaks, or one presentation about how to not feel stressed, but real action to encourage students to take care of their mental health.”

Although for some students, they feel that there relatively is no extra standard in the Bay Area.

“I don’t feel pressured to succeed on a daily basis,” junior Matteo Carlini said. “Pressure comes from yourself. Parents and teachers pressure you because they want you to do well.”

Carlini believes that if there is heightened competition in the Bay Area, it is positive.

“The Bay Area’s competitive energy helps me succeed and strive better as long as I can match the competitiveness of others,” Carlini said.

Although many students feel pressured to succeed, some students feel that the environment is necessary and is what has propelled the Bay Area to such preeminent levels of achievement.

“The pressure in the Bay Area has probably helped it succeed in the tech industry,” Porras said. “The competitive spirit keeps people on their toes and is more efficient.”