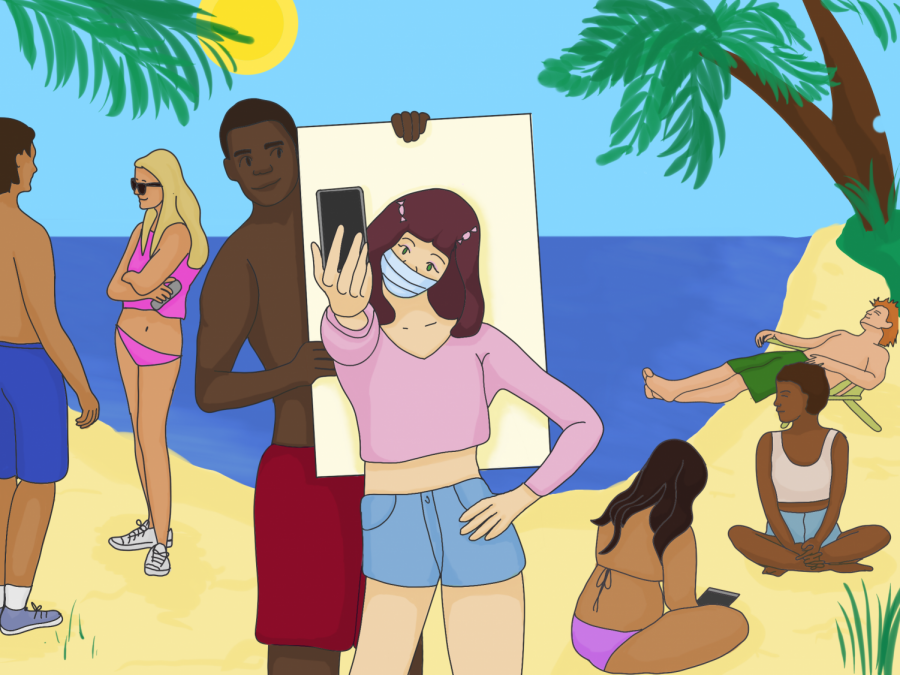 Some celebrities evidently do not have qualms about breaking coronavirus regulations. As part of the effort to slow the spread of the coronavirus, many students have been social distancing for the last eleven months. Influencers, however, have not been taking the same precautions.

A group of influencers, including TikTok stars Charli and Dixie D’Amelio, took a trip to the Bahamas in late December amidst the pandemic. Kim Kardashian flaunted her 40th birthday party as cases soared. YouTuber Bryce Hall reportedly had his electricity shut off after he hosted parties in his Los Angeles home.

Some SCHS students are disappointed in celebrities and influencers’ recent antics during the lockdowns. Sophomore Serena Orr recognizes that celebrities’ behavior is putting themselves and others at risk.

“I was disappointed in the ignorance and selfishness of some of these influencers and their lack of respect for others,” Orr said. “While travelling or acting unsafely, they put themselves and their desires before the safety of everyone they may encounter.”

Junior Izabella Borge believes that influencers have a responsibility to follow their own advice.

“It upsets me because I think when the pandemic first started, they tweeted and posted about staying home, being safe and that ‘You’re ignorant if you go out during the pandemic,’ and now they’re just being hypocrites,” Borge said.

Freshman Robin Weedermann shares Borge’s sentiments. He believes that celebrities should not be allowed to break coronavirus regulations.

“It made me wonder how one can not care that much about one’s own health, and above all, how other people see you as,” Weedermann said.

Borge also noted that the celebrities are hardly in a place to party.

“It honestly made me very mad because most influencers these days live in one of the biggest populated cities and that’s LA,” Borge said.

LA currently has over a million reported cases and it is estimated that one in three residents has contracted the virus since its beginning, according to the Los Angeles Times.

Borge also noted that celebrities and influencers have fan bases that are liable to follow in their footsteps.

“Although they’re not really aiming towards being somebody to look up to, I feel like they have such a wide range of supporters and a lot of kids follow them, and I think portraying that isn’t so great,” Borge said.

Orr recalls that as a younger child, she looked up to many celebrities and influencers as role models.

“If I were younger and lacked some of the knowledge I have now, I definitely think the influencers’ actions would have an impact on my outlook,” Orr said.

Orr also believes that celebrities’ antics could also serve as an example of what not to do.

“On the other hand, witnessing these parties and gathering and the results could inspire a greater sense of caution and a better understanding of how pressing this virus is for some,” Orr said.

“Personally, I wouldn’t want to support someone who acts ignorantly during such pressing and frightening times,” Orr said. “I would most likely unfollow someone who is knowingly and openly risking spreading the virus while deliberately gathering in groups or with others in an unsafe manner, but people are allowed to make any decision they see fit or are comfortable with.”

Both Borge and Orr believe that celebrities and influencers should not get a free pass on COVID regulations.

“I believe the same rules should apply to everyone without exceptions,” Orr said. “The amount of money or fame a person has should have nothing to do with COVID regulations.”