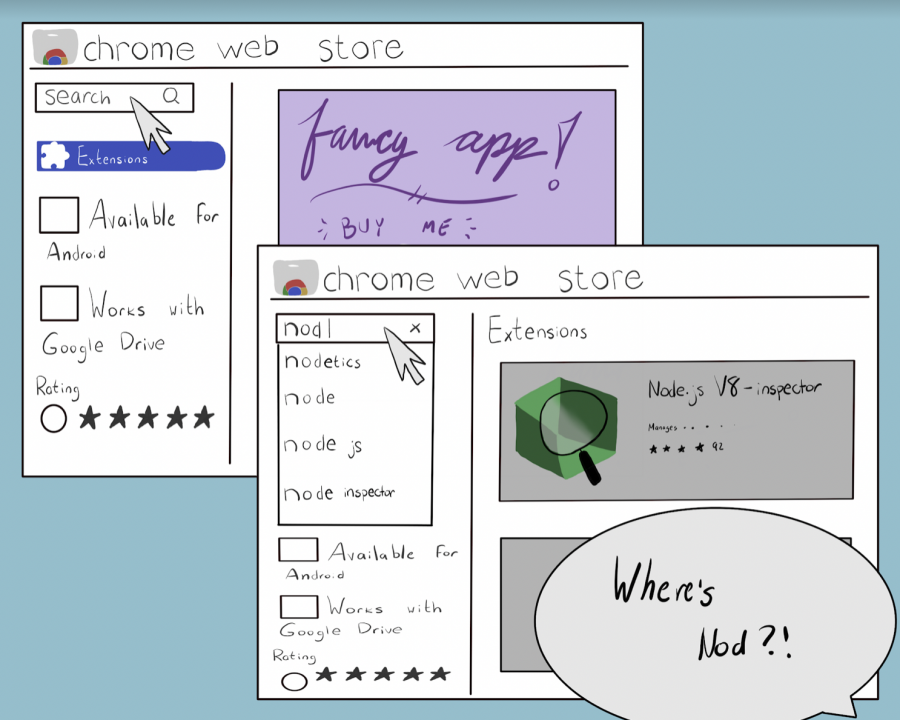 SCUSD has removed many extensions from the Chrome Web Store in order to keep students safe and able to use their Chromebooks efficiently.

Recently, students and staff have noticed certain Google Chrome extensions have stopped functioning or have disappeared from their devices. Many assumed popular extensions like Nod and Grid were blocked by the Santa Clara Unified School District.

Yet this is not the case. The system of keeping students safe online may be more complicated than it appears. According to Teacher on Special Assignment, Education Technology Michelle Brown, oftentimes, the loss of an extension has nothing to do with the district at all. She said SCUSD only actively blocks apps or extensions when they know the feature is defunct.

“When it came to that point where it (an extension) becomes an orphaned extension, then we kind of blocked it,” Director of Technology Joe Ayala said. “Because it just wasn’t functioning anymore and it was causing more issues in support than it was any advantages in the classroom.”

Nod, for example, has been removed from the Chrome Webstore altogether – the doing of the developer, not SCUSD. Should an extension or application be blocked by the district, it would still appear in searches but not be downloadable. For Nod, this is not the case.

Brown said the district is deliberate when approving extensions, primarily to maintain student safety and ease of using their school-issued devices.

“We really care about… students adding things like Nod because it’s running over top of Meet…” Brown said. “If you have slow bar band or you’re in a house with a bunch of people sharing one router, we want to make sure that we’re not doing things that add excitement but not necessarily learning, and then make it harder for you.”

According to Brown, the benefits of Nod, like emojis and hand-raising, can be done in Meet itself with the built-in hand raising and chat features. As for sending extensions out for student use, there are extensive questions to consider before approval.

“Typically, a teacher can get any extension that they want. And then they have to request it with a help ticket if they want to push that ticket out to a student,” Ayala said. “One of the things we check is will this extension try to steal students’ data? Because we have to – by law – we have to make sure that we protect your guys’s data… and we want to make sure it’s secure, that they’re not using our data maliciously.”

Oftentimes, teachers will find a Chrome extension for free that provides a real benefit to their classrooms, but once the extension is researched by IT, it is found to be malicious.

“That’s disappointing for a lot of teachers, that they find this thing and it’s really, really good. And it’s free,” Brown said. “The reason that it’s free is because they’re collecting student’s data and selling it.”

Some teachers, however, have not found difficulties in losing extensions, just slight inconveniences.

“The GridView extension put the names in alphabetical order, and Google doesn’t do that. So that (losing GridView) was just another inconvenience,” Spanish teacher Jennifer Herrera said. “I mean, none of this is absolutely essential to teaching, but they (extensions) were cool things to have and cool little things that made your life a little bit easier.”

Overall, students enjoy using extensions, and for some with personal devices, downloading them on a non-school account aids their distance learning experience.

“My personal extensions help me with time management, and also so I can stay on track for school, meetings, notes – really whatever I need,” junior Alison Von Raesfeld said.

Other students find that personal applications can be of extra assistance in completing assignments.

“I do have an app on my phone called Speechify that allows words or docs to be scanned and read out loud really fast,” sophomore Clemente Beltran-Castro said. “I use this for history and for English when I get articles and such… The advantages of having these are that I can get my work done faster and more efficiently and sometimes neater.”

For Von Raesfeld, Kami, a PDF annotation app that is available for students on Chromebooks, gives her an upperhand in the virtual classroom.

“For classes such as Chem and Link Crew, and even some other classes once in a while, I use Kami for notes or assignments,” Von Raesfeld said. “They (extensions) help a lot, so I know what assignments still need to be done by looking at my process.”

Yet no matter how many positives there are in an app or extension, it comes down to the developer. If the extension is removed or takes data from students, it simply cannot be used. SCUSD can only help navigate the use of safe and available extensions, and strive to protect students.

“The internet is great, but it can also be dangerous and harmful,” Brown said. “We want you to have exposure to all the great.”