CAMPUS: Student athletes struggle with missing their sports season due to the pandemic 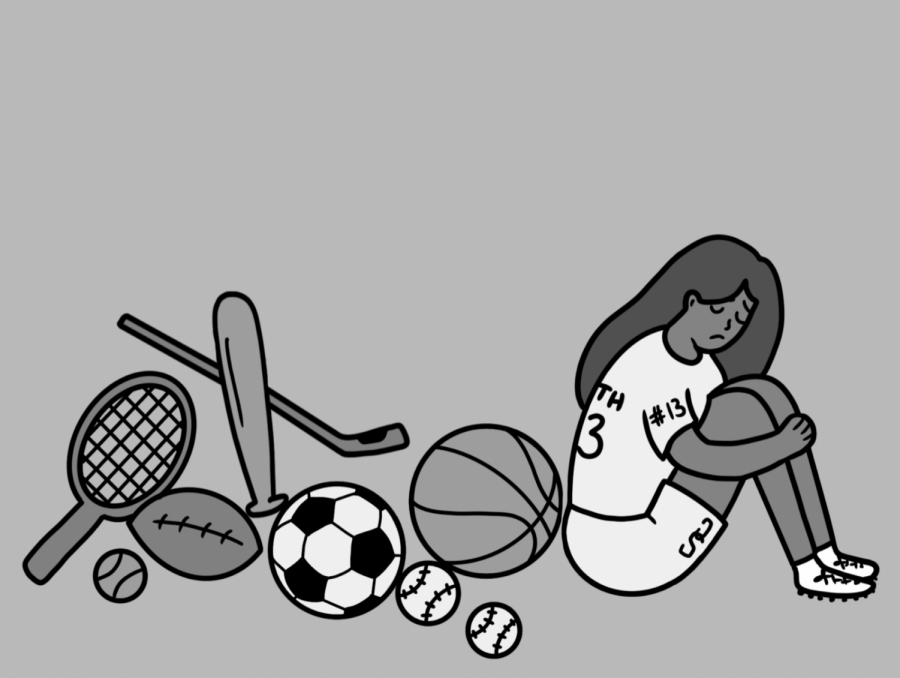 Some athletes have chosen to not participate in sports this year.

Back in 2018, then-sophomore Trish Le stepped out onto a blazing hot tennis court and picked up a racket for the first time. Now a senior and seasoned tennis player, Le is missing out on what would be her last season on the girl’s tennis team giving up her last chance to set foot on the court as an SCHS athlete again, in the name of safety.

Like Le, many student athletes are not returning to their sport this year – participation in sports at SCHS has decreased drastically from regular years, and athletes who chose not to play are feeling the effects of missing a season.

“I feel like I am missing out on a one-of-a-kind team dynamic being created at this very moment. This is the first, and hopefully the only, tennis season during a pandemic and there are so many new rules and regulations that the coaches, and team members are trying to navigate through,” Le said. “Surely, this isn’t easy for them, but it has helped them strengthen their bond as a team, getting through this unprecedented time together.”

Le, who would have played her third season of tennis this year, is also saddened by the leadership and teamwork opportunities she is missing out on.

“I was really looking forward to reaching out to the underclassmen teammates or new teammates this year and had hoped to take on a ‘big sister’ role, or some kind of leadership role,” Le said.

Like Le, junior Francis Ngo was hoping to participate in wrestling but abstained due to the pandemic.

“COVID is too dangerous to do such a high contact sport,” Ngo said. “Life is already hard enough to balance with everything right now.”

Ngo has concerns about losing his skill without practice but believes it’s still possible for him to excel in his sport when it is safe to practice again.

“Without the ability to wrestle this year, I might lose all of the experience and conditioning. By the time this pandemic ends, I will be out of shape for over 2 years,” Ngo said. “But with a lot of practice, determination and arduous conditioning, everyone can catch up.”

In absence of tennis practice, Le said she stays in shape safely through running, hiking and following Chloe Ting workout videos. When it comes to keeping up her on-the-court skills, however, she has less opportunities.

“I worry that without the consistent practice, I will just lose all the progress I’ve made as a tennis player and be back at square one,” Le said.

Ngo said he will miss not only the team aspect of wrestling but also the lessons he learned from the sport.

“The feeling of a rush of adrenaline and the push to do better was only found in wrestling for me – not many things made me feel that way,” Ngo said. “Wrestling helped me learn how to find the fun in losing as well, and I very much miss my teammates and the fun we had messing around while also being a family.”

Sophomore Hanna Carkner, who played for girl’s varsity soccer last year, said she values the friendships that result from playing a school sport.

“The aspect of school soccer that I miss is the team bonding,” Carkner said. “Having those friendships with your teammates helps when it comes to game day, and high school soccer helped to make those connections stronger.”

Carkner also worries that missing a season could have the potential to affect her mental health. Playing soccer has a therapeutic effect that Carkner said she will miss.

“By not participating in sports my mind often stresses out about school,” Carkner said. “When I am able to play soccer, those problems disappear.”