CAMPUS: Many seniors let themselves slack off during second semester, claiming a case of ‘senioritis’ 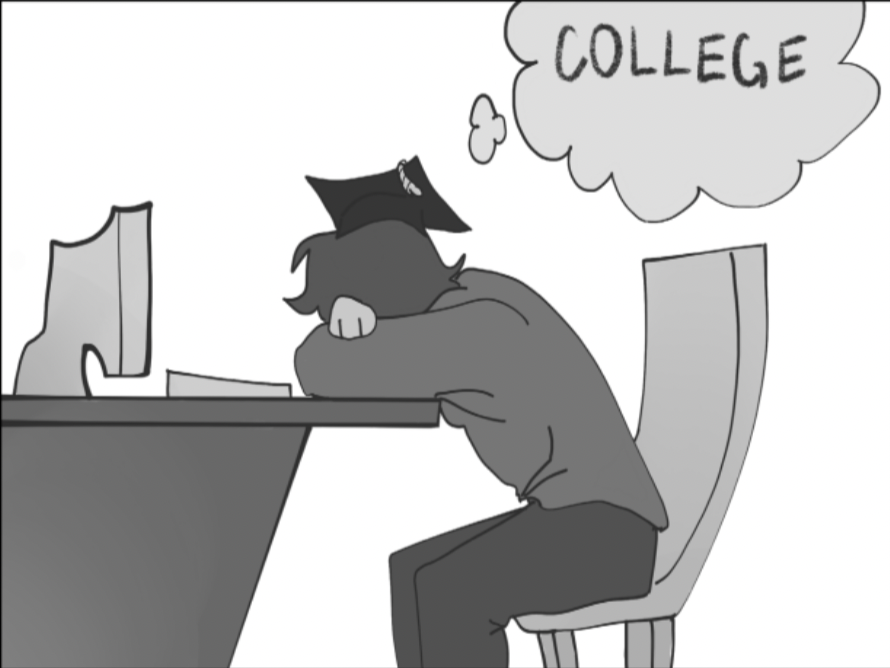 For some, post-graduation plans are more entertaining than maintaining second semester grades, causing a distraction from class.

As most college admission results are released by April, many SCHS seniors have shifted their focus to their post-graduation plans and claim they are beginning to experience a time-related condition called senioritis. According to the Oxford Dictionary, senioritis is a “supposed affliction of students in their final year of high school or college, characterized by a decline in motivation or performance.”

“High school is kind of like a song without a beat drop,” senior Giselle Aviles said. “It’s kind of a lot of build, and then you get into college and that is the beat drop. Now, you just want to vibe.”

Senior Josh Higginson’s first case of senioritis began at the beginning of the second semester.

“I got that taste of relaxation. Then it just got progressively worse as the college admissions started coming in,” Higginson said. “I got into my top college, so now it’s like, ‘Okay, I just need to pass with all Cs now.’”

Most colleges do not receive second semester grades from high school seniors unless an admitted student receives a failing grade. With the pressure of earning impressive grades gone, many students who have previously performed well in their classes feel able to relax.

Whether teachers should be understanding of senioritis or disregard it is not a common consensus among faculty at SCHS. According to math teacher Anthony Brasil, students should know “where to draw the line” when relaxing in classes.

Senior J.C. Ferguson acknowledged that not every senior has the desire to “slack off.”

“Teachers should just teach the course how they’re supposed to,” Ferguson said. “If seniors want to take easier classes, then they should, but if they want to take harder classes and surround themselves with more workload, then I think that’s what they should do.”

Aviles feels that the unusual circumstances of this year’s seniors should be considered.

“I’d say the workload has been a lot heavier than previous years,” Aviles said. “I feel like we’re getting too much work for the fact we are in the pandemic and senior year.”

The outbreak of COVID-19 has relegated students to learning from their homes since last March, resulting in most never spending a day inside a classroom during their senior year.

At the beginning of April, approximately 20% of students returned to campus for in-person distanced learning, according to Principal Greogory Shelby. Senior Natalie Jung feels that being back in a physical classroom has helped aid her senioritis.

“It (in-person learning) kind of just makes me more excited to go since I can see people and talk to them rather than just texting them,” Jung said. “I now focus on what’s going on in class, and I’m not distracted by external stuff.”

For many, senioritis has been especially damaging during a pandemic, heightening the lack of motivation in classes and reduced engagement. Nevertheless, many seniors like Ferguson are counting down the days with excitement.

“I don’t think completely failing your classes and not doing anything is justified,” Ferguson said. “But I think lessening the tension on the rope, having a little more time to just be a kid for one more year, is justified.”