OPINION: The US should ditch imperialism and adopt the metric system of measurement 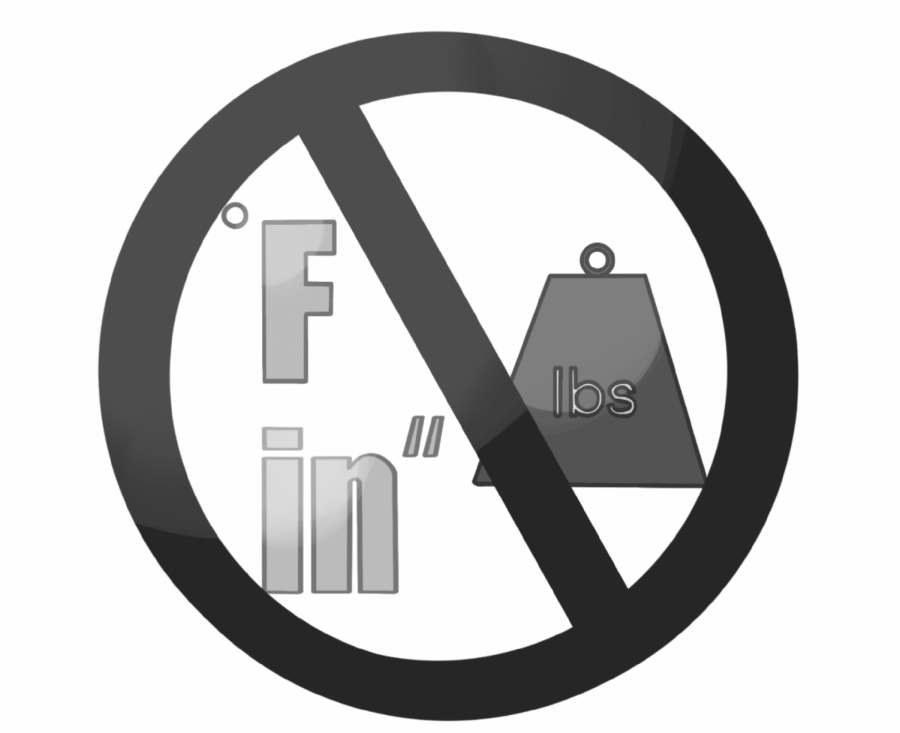 For most of the United States’s existence, citizens have used the imperial system of measuring – inches, pounds and Fahrenheit – as the measurements for distance, weight and temperature. While the country has used this system for many years, adopting the metric system that uses centimeters, grams and Celcius for distance, weight and temperature would be more effective.

Almost every country outside of the U.S. uses the metric system as their primary measuring system. With this in mind, it makes no sense for the U.S. to use the imperial system.

Using the imperial system can cause major conflicts when working with others who do not use it. According to Gizmodo’s article, “Five Massive Screw-ups That Wouldn’t Have Happened If We All Just Used the Metric System,” in 2003 at Tokyo Disneyland, one of the cars on the Space Mountain ride was derailed due to measurement errors during its planning. If the U.S. used the metric system exclusively, it wouldn’t have happened.

Many professions, such scientists, doctors and car manufacturers use the metric system, regardless of their location. Thus, it is inefficient for the U.S. school system to teach students the imperial system if many will not use it in their future careers.

Some may argue that attempting to transition from imperial to metric would take a long time for people to follow along and adjust, and many people would not be fond of changing their measurement system. While the switch can take a long time, it will ultimately improve the lifestyle of Americans and make us all more efficient in the long run. Besides, many rulers have both inches and centimeters.

Even though the U.S. has been using the imperial system for a long time, changing to metric will help our nation. We would be on par with the rest of the world and would no longer be using an outdated and impractical system.