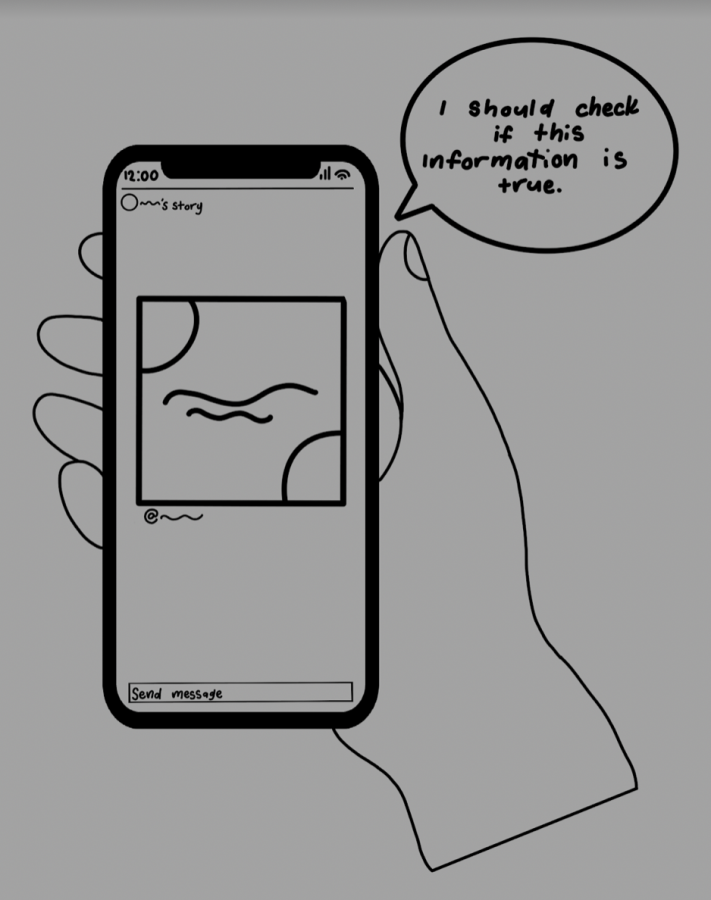 Students encourage people to fact check information and confirm the credibility of sources they see online and on social media.

With the increased engagement of social movements, many have taken to using social media as a platform to share resources and information to their followers. Through this, however, some students have noticed individuals participating in performative activism.

For freshman April Ngo, performative activism is when people post about important topics on social media without actively attempting to make a difference.

“Performative activism makes me think about doing the absolute bare minimum,” Ngo said. “To me it means posting something that shows your solidarity with an oppressed group while not taking any action to remove that oppression.”

Senior Jennifer Liu, like Ngo, makes the connection between social media, especially Instagram, to performative activism. She finds that misinformation is a big risk, as many individuals repost information without checking their source’s credibility, or forming their own opinions.

Junior Carlin Bustos feels that people who take part in performative activism view mindlessly posting information as a trend in order to gain followers and likes.

“People are using protests and such as a trend and not as a movement,” Bustos said. “People are protesting about people being killed, and that’s something that shouldn’t be trendy, or something that people post about to get clout.”

Like Bustos, Ngo also believes that performative activists not only lack proper education on what they post, but they also refuse or do not bother to educate themselves.

“Real activism comes from a place of understanding and empathy, while performative activism only takes form to self-serve,” Ngo said.

Liu recalls the Blackout Tuesday posts as an example of performative activism where some people were unaware of the purpose or the consequences of their posts.

“When the BLM (Black Lives Matter) movement gained more support during 2020, there was a day called Blackout Tuesday, and it ended up squashing important resources about BLM because it was a flood of black screens that didn’t do anything productive for the movement,” Liu said.

Similarly, Bustos disliked the execution of the Blackout Tuesday trend because it turned into an act of performative activism.

“It was meant as a way to spread resources, and people used it as an out to show that they were not against Black Lives Matter, but it really just showed that they don’t care enough about the movement,” Bustos said.

According to both Ngo and Liu, one of the best ways to refrain from participating in performative activism is to educate oneself using reputable sources rather than depending on social media for information.

“Activism to me is taking the time to unlearn oppressive mindsets and actively listening to people within oppressed groups,” Ngo said. “As teens we can’t do much, but genuinely learning and having empathy is a good step.”

Liu also encourages individuals to educate themselves and fact check what they see on social media. She also urges people to form their own opinions.

“Definitely educate yourselves more. Like go online and fact check everything,” Liu said. “Instagram is a great source of being exposed to information and things happening, but you should go more in depth on other sources like NPR, or also both sides of the political spectrum if it’s a political issue so you have a broader understanding of the topic.”