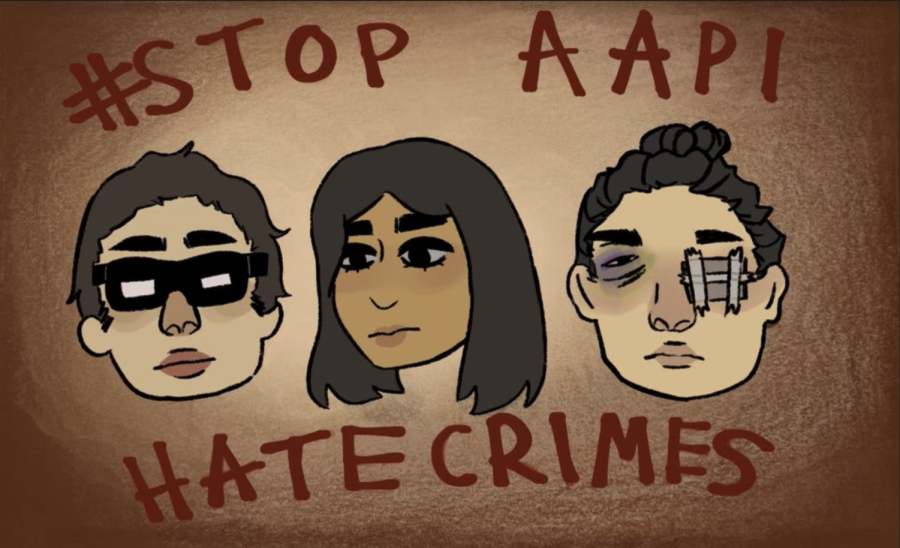 On April 8, 2021, SCUSD adopted Resolution #21-20, Supporting People of Asian and Pacific Islander Ancestry and Condemning Harassment, Violence and Hatred toward People of Asian and Pacific Islander Descent. As per the April 8 Board Meeting video recording, SCUSD condemns hateful intolerance toward the AAPI community and is “committed to a swift, firm and public response when acts of hate or violence occur.” Since the COVID-19 pandemic began, many AAPI Bruins have felt unsettled by the surge in violence.

“It is getting extremely scary hearing more and more tragic stories and the rates increasing in the hate crimes against Asian Americans,” junior Katherine Song said. “It is scary to walk alone or just outside, in general, knowing about everything going on around us.”

The New York Times reported on March 30 that a 65 year old Filipino immigrant was attacked on the street by Times Square. She was repeatedly kicked by a man while people nearby stood by and did nothing. This is just one of many news stories documenting the increase of AAPI hate crimes recently.

Many believe the COVID-19 pandemic is the main cause of the increase in hate crimes toward Asian Americans. Sophomore Jasmin Telebrico believes that former President Donald Trump played a role as well.

“Trump has enticed his supporters to spread this sort of narrative and has prompted many conflicts to occur ever since,” Telebrico said. “His people and countless other individuals have gone to extreme lengths to commit these offenses as retribution against Asian communities after the virus started to extend outside of China.”

English teacher Hanna Anderson agrees; she was shocked to see a majority of hate crimes coming from California specifically. A nationwide report from Stop AAPI Hate stated that 44% of the hate crimes reported have occurred in California.

“When Trump put blame on China and Chinese people, he inadvertently put all Asians under attack,” Anderson said. “It is incredibly wrong to blame an entire people and to instigate so much hate. When I looked up how much hate crime against Asians has skyrocketed, it shocked me that over half of them came from California.”

Freshman April Ngo said that although the acts of violence are mostly believed to be because of COVID, she also thinks that smaller actions, such as microaggressions and negative stereotypes, add fuel to the fire against Asian Americans. Ngo remains cautious of the potentially unfortunate future.

“I never know which one of my friends or family could be next,” Ngo said. “So although spreading awareness is the bare minimum someone can do, I’m grateful to have more and more people protecting and being educated about my community.”

Freshman Jared Dy said that a way to help is to sympathize with the people who have received hate and to show them support.

“There’s a lot of movements currently going on right now that are trying to stop Asian hate, donate or try and share whatever posts they have,” Dy said. “Any support is good support.”

Telebrico acknowledges ways to help include continuing to spread awareness and staying educated about what has been going on.

“I think keeping yourself and others informed about current events will be of help to every Asian who is affected by these racially motivated attacks. Going out of your way to support the movement or spreading awareness of the situation will enable others to at least acknowledge what is happening right now,” Telebrico said. “If anybody wants to help out even further, I would recommend donating to the families who were personally and severely affected by this matter.”