OPINION: Rape jokes encourage misogyny and must be put to an end 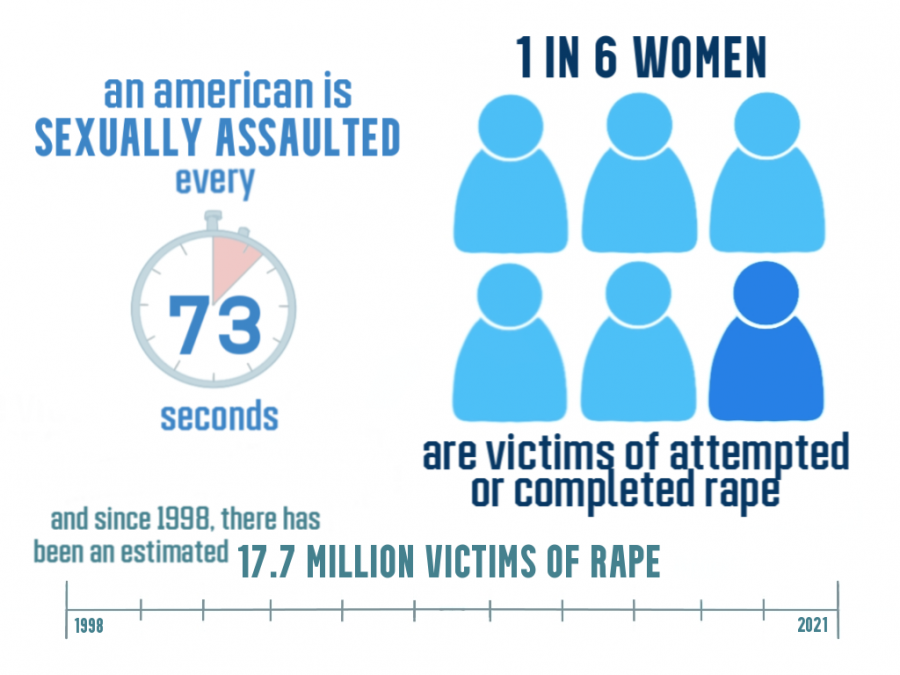 Survivors are ultimately harmed due to rape jokes and victim blaming.

Jokes and other forms of humor and light-heartedness may seem necessary at times when heavy and serious topics like sexual assault are being discussed. Despite this, most of the time these jokes are excuses to mock issues that many people fall victim to disguised as humor. Specific jokes about sexual assault fall under the category of rape culture, which is a society’s normalization or trivializing of rape and sexual assault.

An example of this is the May 2020 Instagram scandal, “Bois Locker Room.” “Bois Locker Room” was the name of an Instagram group chat composed of several boys who would talk about violating and raping teenage girls while exchanging obscene and explicit photos of 15 different underage girls.

After conversations from the group chat were leaked, many similar group chats were created.  Rape culture and “locker room talk” normalize the degradation of women and others in a sexual manner. When actions like rape and sexual assault become normalized and humourous, it lessens the severity of the issue and becomes less unethical in the minds of many.

The prominent phrase “boys will be boys” dismisses and brushes aside many cases of sexual assault. This phrase implies that being mistreated or violated by male figures is inevitable, and that society as a whole should accept that.

According to rainn.org, there is a yearly average of 433,648 people ages 12 and older who are victims of rape or sexual assault. Additionally, one out of six women, which equals an estimate of over 17.7 million women, have been victims of attempted or completed rape since 1998. About 51.1% of victims report that they were assaulted by an intimate partner, and another 40.8% report that they were assaulted by an acquaintance.

Observing statistics is one part of the solution, but understanding how they play into the patriarchy and how they perpetuate misogyny is more important. When people reveal their experiences with rape and assault, the blame is often placed on the victim.

Oftentimes, the idea that victims are “lucky” to be assaulted is pushed upon them, which disregards the trauma and other psychological issues that come with that experience. This gives victims the idea that they are “attractive” enough that somebody was willing to violate their body and risk jail.

Making jokes aimed at a victim of sexual assault and then invalidating their feelings is a common practice in this digital age. When people can hide behind a screen, there is not much to stop them from behaving in offensive and invalidating ways.

Jokes that degrade and dehumanize the victim lessen the responsibility of the perpetrator and take away from the damage caused. Instead of holding the correct people accountable, others often tear down the victim. Victim blaming and implying that victims are somehow at fault for their trauma and the crime committed against them, rather than holding perpetrators accountable for their actions, allows crimes like rape and sexual assault to continue. Less people take the statistics and issue seriously when crimes like rape and sexual assault are trivialized through jokes and victim blaming. It allows survivors to go unnoticed and unheard. Rape jokes continue to perpetuate misogyny and fuel patriarchal ideologies that have harmed and continue to harm so many people today. Putting a stop to rape jokes is a crucial step to breaking down rape culture. People need to speak up and take a stand to end the trivialization of rape.