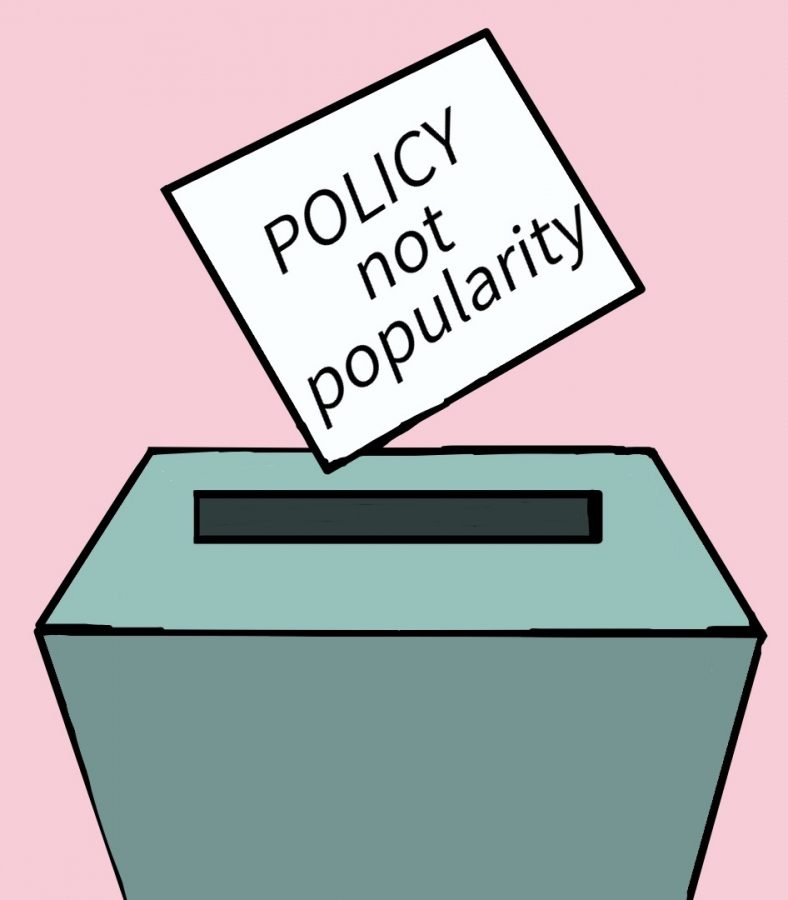 Voting for candidates based on their potential contributions is more important than their popularity.

The class council election results for the 2021-2022 school year were announced May 17 on the SCHS website. This year, all campaigning was digital. Most candidates utilized social media to promote their campaign, but for candidates who do not frequently use social media or do not have as much exposure compared to other people running, this can be problematic.

Votes are 100% of what is considered in order to be elected. This is why voting for a candidate whose promise is most beneficial to the well-being of the school is most important but oftentimes is not the reason people vote for certain candidates.

Due to the status of this year’s elections, candidate flyers were promoted mostly through Instagram stories. The more exposure a candidate received – regardless of their promises and qualifications – the more votes they were likely to secure.

This compromises the integrity of voter’s decisions. Many students vote based on how familiar they are with a candidate, which means the more they see that the candidate is trusted by others, the more likely they are to follow the crowd and trust them too.

In addition to having a familiar face, peer pressure is also an issue as many students feel obligated to vote for candidates who they are friends with or who have mutual friends.

Policy over popularity is of utmost importance when it comes to considering who to vote for. Voting for people who will benefit the well-being of the council and the school as a whole is more valuable than how likable a candidate is.

To mitigate biased votes, a new system would display candidates’ prior experience, justifying their qualifications for the position. Additionally, candidates should display their goals and ideas alongside the path they will follow to achieve them, ensuring students will vote for candidates who know what they are doing for them. When students vote, it is important to know what they are voting for. Voters should know what changes a candidate is promising to make that will benefit the well-being of the SCHS community.

Popularity, or lack thereof, does not lessen the capability of a candidate. Popular candidates can be perfectly capable of the position they are running for, but the real issue presents itself when students have biased reasoning when contributing their vote, or vote for their friends instead of the candidate who will implement the most positive change.

During this election, SCHS students had a big responsibility to give their honest and authentic votes, knowing who they were going to vote for and why without bias. Voting and encouraging others to vote honestly and for the right reasons will better the results and appoint a candidate who is correctly suited for the job.