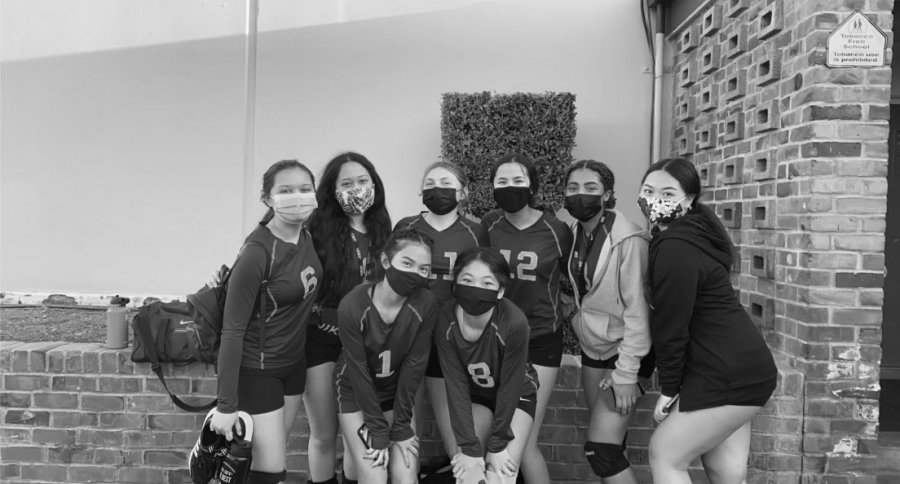 The COVID-19 pandemic has prevented a normal sports schedule from occurring, but recent progress in COVID tiers allowed season two and season three sports to practice and compete while following the safety guidelines posted by the California Department of Public Health.

According to SCHS athletic director and boys varsity basketball coach Anthony McGilvery, when the California Department of Public Health allowed a sport to start playing and provided guidelines to accompany the sport, it was SCUSD’s decision to treat the guidelines as a mandate or recommendation.

“An example for that would be with our tennis teams and cross country. Despite being outside, our district decided to treat the guideline of wearing a mask – unless you cannot tolerate it – as a rule instead of a guideline,” McGilvery said.

As it became safer to practice and compete, however, many sports began to allow their players to remove their masks while competing, but all spectators, coaches, support staff and any player not competing were required to wear their mask. Furthermore, regular COVID testing was required for athletes playing indoor sports.

Although many felt weary about athletes not wearing masks while playing, SCUSD’s COVID testing process has evolved to become more secure, frequent and efficient, according to McGilvery.

First, a COVID test is hosted on the day of competition for all indoor sports, in which an Antigen COVID test was taken by all participants, which took about thirty minutes to get results. If an athlete’s Antigen test came back positive, they had to take a PCR test, which took around three days to receive results. In those three days, the entire team had to quarantine, and they had to notify any teams they competed with beforehand, who could have been potentially infected. If the PCR test came back negative, they were safe to resume practicing and competing, but if it came back positive, the team had to quarantine for a total of 10 days before they could resume.

“During those 10 days, they (girls volleyball) missed six games. Our district learned from that,” McGilvery said. “Now we’ve evolved to where it can be a two-day quarantine.”

Alongside a more secure testing process, many guidelines were implemented regarding sanitation, social distance and spectators in order to keep athletes safe.

“We tried to keep the kids safe and socially distanced as much as possible, especially during practice when they weren’t on the court,” McGilvery said. “No sharing water bottles. No communal areas at all. No locker rooms for both indoor and outdoor athletes, so you showed up with your practice gear on.”

“(Players had to) do a daily check-in making sure you meet all requirements in order to participate. This included getting COVID tested every other day and also testing negative,” Ventura said. “We also had to take a step to ensure everyone was safe during our games by sanitizing and rotating the volleyballs after every point was scored.”

“As basketball is an indoor sport, only a limited number of direct family members may attend home games only. Each school participating follows the same standard. Immediate family members living in the same home that are provided a pass to attend the game must social distance themselves on the side of the gym opposite the team benches,” Van Dyck said. “We have two game balls that are sanitized and should the game ball go out of bounds into the stands, the ball is replaced with the backup until it can be re sanitized.”

Varsity softball coach Julie Kawamoto added that even with outdoor sports, precautions were still taken to limit contact between the ball and players from opposing teams and to sanitize as much as possible.

“For outdoor sports, we need to clean the equipment after every practice and game. This includes balls, bases and bats,” Kawamoto said. “For both teams, we also keep our ball after playing defense every inning. Each team keeps their own ball. It used to be that the home team supplied the game ball. Now both teams bring their own for their team to use.”

Overall, both athletes and coaches from season two and season three were grateful for their season, despite barriers and hardships that occurred.

“I’m glad that sports were able to happen, even if there were restrictions or inconveniences. One of the many goals was to have competitions in a safe manner,” Kawamoto said. “Many teams have been able to do so with no problem. This is due to the student-athletes, parents and coaches trying our best to follow the guidelines in order to have a season, even if the season was shortened or modified.”